USA gear up for busy Spring

Women’s rugby in the USA is set for a hectic few months as 2012 looks to kick off with a number of high profile activities. 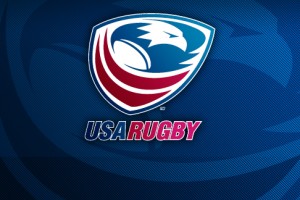 An elite camp for 120 of the countrys top players is set to be held next week in Florida which includes the senior womens national 15s and 7s side as well as the top US college players.

Its the first major camp of the year and the four days of training will set the tone for the rest of the year, highlighting the key players who will represent the US throughout the year in various competitions.

Sevens rugby is also a key focus at the moment with the names of the eight players who will become fulltime professionals set to be announced in the coming weeks. The players will live near and have fulltime access to the Olympic Training Centre in Chula Vista, California alongside 15 fulltime male athletes. In granting pro rugby status to its women, USA Rugby will follow in the footsteps of Holland who recently began a fulltime programme for its leading female 7s athletes.

Plans for the annual Women's International Invitational 7s tournament in Las Vegas from February 10-12, are also well advanced with the confirmed teams expected to be announced this week. The competition this year is set to have its strongest representation. Canada won last years competition, beating Holland in the final.

The USA played four tests in 2011, winning just one, against South Africa, but were more active on the 7s circuit, competing in Dubai, Las Vegas and their U20s side also completed a Nations Cup schedule.