USA start tour with a win

In an entertaining game, USA won the first of their three games this Autumn international with a 34-20 win over Italy in Rome. 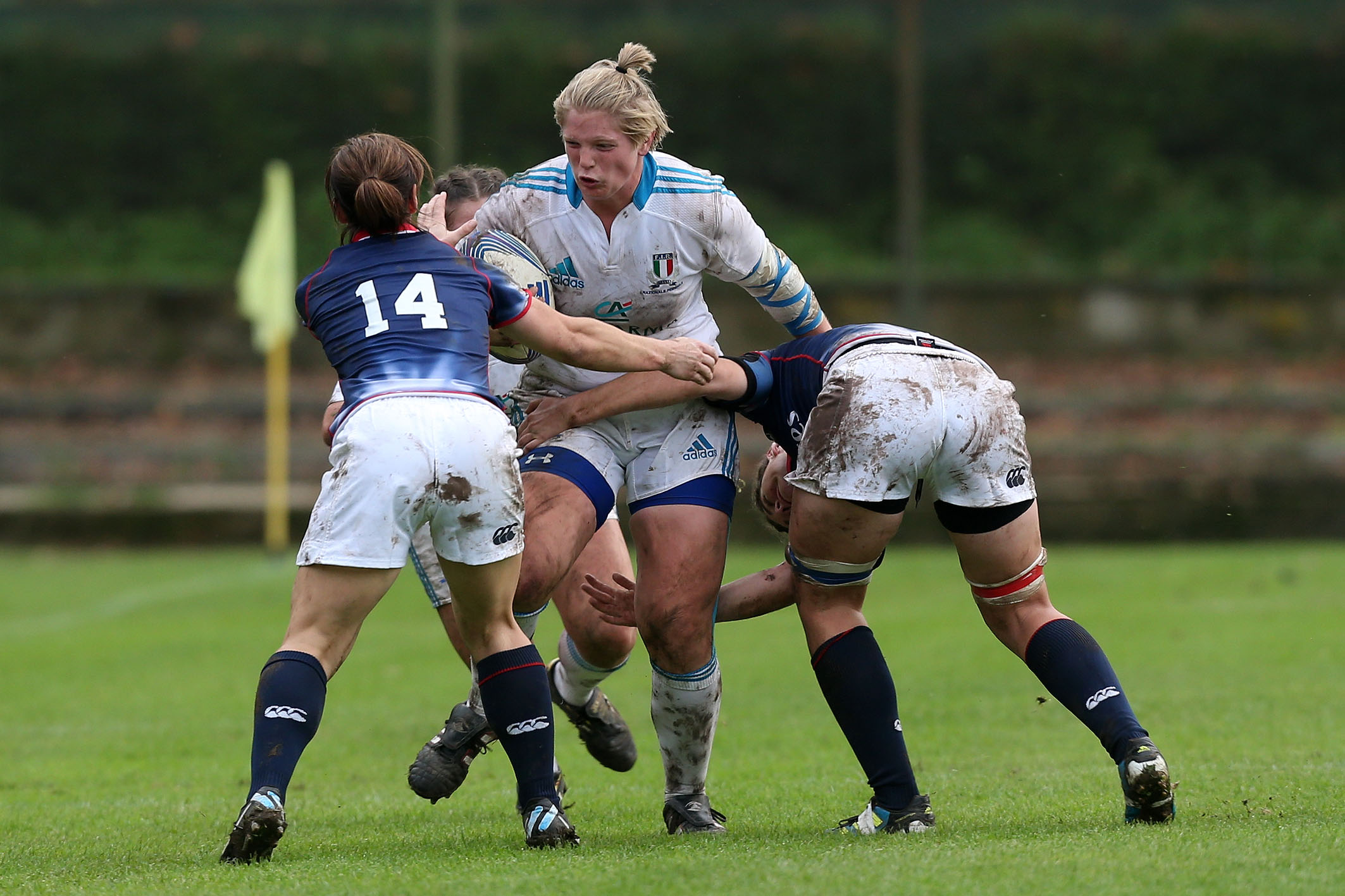 USA led 19-0 at the break but a much better second half from the hosts, in a high scoring final 40 minutes, saw Italy push much harder as the game wore on.

USA started strongly with some excellent running up from the likes of Jamie Burke. An early try saw USA lead 5-0 after just a few minutes after a drive by the pack out wide

Lock Stacey Bridges who was also showing well up front was next to crash over and a conversion from Sadie Anderson made it 12-0 to a dominant USA side.

It was all about the effort up front now as USA scored again through the impressive Burke, though Italy did their best to defend hard and clear their lines.

Anderson added a penalty to push the lead out to 22-0 shortly after the start of the second half and the one sided nature of the game continued when a couple of huge scrums allowed Amy Daniels to drive over to make it 28-0.

Italy to their credit though finally began to put the game up to the USA up front and a good maul brought about their first try for Flavia Severin and soon after for Michela Sillari out wide who finished well. That brought the score to 29-14 and then a penalty gave Italy plenty of hope at 29-17.

But the USA made sure with a late try from Valerie Griffeth out wide.