Both teams have made whoesale changes to their teams for this evening's second test match at Oxnard College, California (5pm local, 2am CET, 3am BST). 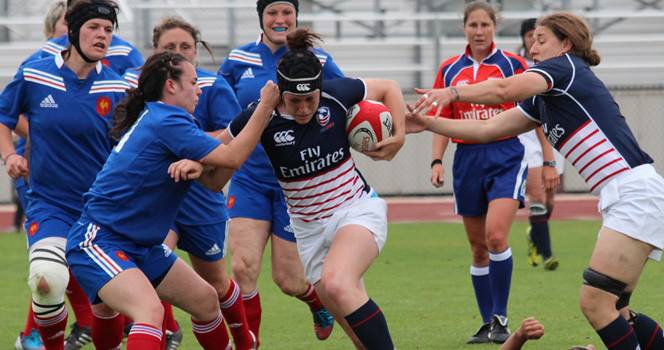 Saturday was the USA's second test win over France in a series that began in 1996 (France have won three, with one drawn).

Overall the result sees France significantly strengthening their pack - the starting eight being probably their strongest possible combination from the touring party. As if to balance this, the backline is fascinatingly experimental.

Lille’s Yanna Rivoalen starts a test match for the first time, and will be playing in combination with first-choice fly-half Aurelie Bailon, who sat out the first test, in what is clearly an example of French management not only looking to the World Cup, but even beyond.

Bailon is a key player in the French team – it is no exaggeration to say that, when she is fully fit, she is worth a dozen points or more to France every game, and her move from Perpignan to Montpellier this season was the single most important factor in the decline of the former club and the rise to the championship of the latter. Her link with international captain and scrum-half Marie Alice Yahe has been an essential feature of successful French teams in recent years, but with Yahe retiring after the World Cup French management need to find a replacement – and this game will be Rivoalen’s chance to show that she can fill that role.

The rest of the backline is not without international experience, but would normally be that of a French “A” team than the first choice fifteen.

If things do not go to plan, Yahe and Sandrine Agricole are waiting on the bench – but Jessy Tremouliere is rested.