After two tests featuring new players and experimental line-ups both teams have selected their strongest available sides for the series decider tonight. 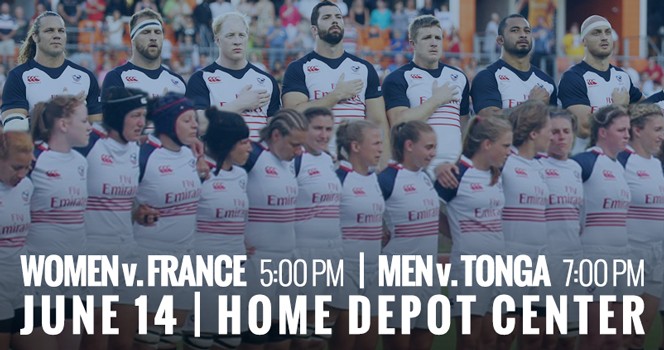 France's women's rugby team's short tour of the USA has produced a tight and fascinating series so far. Two tests that went down to the wire, one for each team, with lots of new (or returning) names to look at, experiments in positioning and formations, and good rugby all round. But - perhaps because of all that - it hasn't really told us much about the relative strength of the USA and France, or come to that, North American and European rugby.

Tonight all that changes.

Admittedly both teams are still missing their sevens stars, so these are not quite the teams we will see in Paris next summer. Even so, if the USA's ambitions to improve on its 5th place in 2010 are on course then - aided by home field advantage - this is the game they need to win.

If they need any more incentive it will come from the good crowd expected for the game, which is part of a double-header with the US men's team's match against Tonga in Carson, California. The women's game kicks off at 5pm local time (2am CET, 1am BST).