The women’s rugby coaches of Wales and Ireland have both made a raft of tactical changes ahead of their clash on Friday night. The two teams come into the game desperate for a win after losses in the last round. Ireland put up a brave fight against England but were outscored three tries to one while Wales fell short in France.First to Ireland where Kevin West has made a number of changes ahead of the home fixture for the Irish. 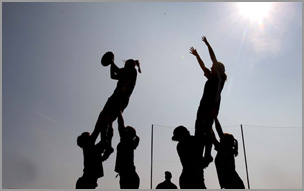 West has promoted Alison Miller and Grace Davitt from the bench to the starting backline with the duo having done well coming on as replacements last week against England. They replace Nora Stapleton and Shannon Houston who are on the bench, where they are joined by Navans Sinead Ryan.
Ireland are looking to get back to winning ways following two tough defeats against France and England in recent weeks. The two losses came on the heels of a strong opening win against Italy and the Irish will look to get their season back on track against a team who are also having mixed fortunes.

Wales come into the game on the back of a defeat in France and in her blog today for scrumqueens.com Wales captain Mel Berry says she always enjoys playing against Ireland.

Wales are the current Triple Crown champions and despite currently lying in in fifth spot in the table, head coach Jason Lewis is still targeting a top two finish for his side.

For the Irish clash, the Wales pack remains the same as the one which lost to France 3-15 at Bridgend two weeks ago but Lewis has tinkered with the backline. Amy Day comes in at halfback for Laura Prosser while Mared Evans and Ceri Redman start at full back and centre respectively.
Non Evans has moved from the No 15 shirt to wing to accommodate her namesake while Naomi Thomas moves from outside centre to inside centre to allow Redman to take her place in midfield.

Clare Flowers drops out of the backline after undergoing shoulder surgery with wing Caryl James moving down to the bench.

Lewis is fully aware the Irish will be pumped up for Friday's clash as they will be hoping to stop the rot as they have lost their last two encounters against France and England.

"We've set ourselves a really tough challenge," he said. "The bottom line is we have to go to Ireland on a Friday, play under floodlights, on the back of a loss and we have got to get a win.

"We had a bad day at the office against France but we've got to move on from that. We can't dwell on it. We've picked the bones out of it, we know what went wrong, we know what we need to do, so it's onwards and upwards."