Wales shakes up its women's programme

The Welsh Rugby Union will today advertise for three new posts specifically for its women’s performance programme ahead of next year’s Rugby World Cup in New Zealand and the Commonwealth Games in 2022. 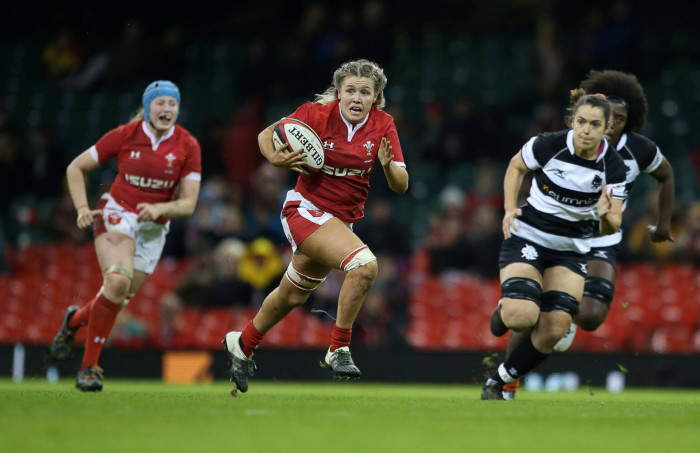 There will be a new Head Coach, Senior Women’s National Programme for both the 15s and 7s international programmes, a Physical Performance Lead to design and implement a strategic programme for all aspects of physical performance for all levels of women’s rugby in Wales  and a performance analyst for the female performance programme.

It is expected that further coaches will be appointed to the team in due course.

The WRU have also confirmed that it will work closely with Premier 15s clubs in England in terms of maximising medical and S&C resources and working together on areas such as season planning with the ultimate aim of developing two competitive ‘super clubs’ alongside the establishment of two high performance centres in Wales.  Many of Wales top players currently play in England's tpo league, with Bristol a popular choice for its players.

“We know we have talented players in Wales and we believe these measures will help to further harness that talent and create an environment which increases competition for places in the programme.”

Once the appointments are made, the planning will begin in earnest ahead of next year's Rugby World Cup in New Zealand. It is hoped the new coaching team will be in place by the autumn.

WRU Chief Executive Martyn Phillips said, “We have approved plans to grow the women’s game and to strengthen its performance side. Clearly Covid 19 has impacted those plans like all areas of our organisation but we have taken the conscious decision to continue with planned investments. We hope this will allow us to make progress in closing the gap with the top nations in women’s rugby, which has always been at the core of our strategy.”

WRU Performance Director Ryan Jones said, “We are keen to talk to professional coaches with the ability to be world-leading within women’s rugby. This is an exciting period for the women’s game globally with the Rugby World Cup and Commonwealth Games around the corner and the group of players and coaches we assemble over the coming months will have the opportunity to build something special within a clear set of performance, personal and team goals, both within the international 15-a-side and 7s game.”

WRU Women and Girls’ General Manager Charlotte Wathan added, “We are committed to increasing female participation numbers and raising standards at all levels of the game for women and girls in Wales and raising performance standards through a dedicated team of coaches and performance staff will greatly help us to achieve those aims. Part of the role of the new staff will also be to raise coaching and conditioning standards across the female game in Wales.”