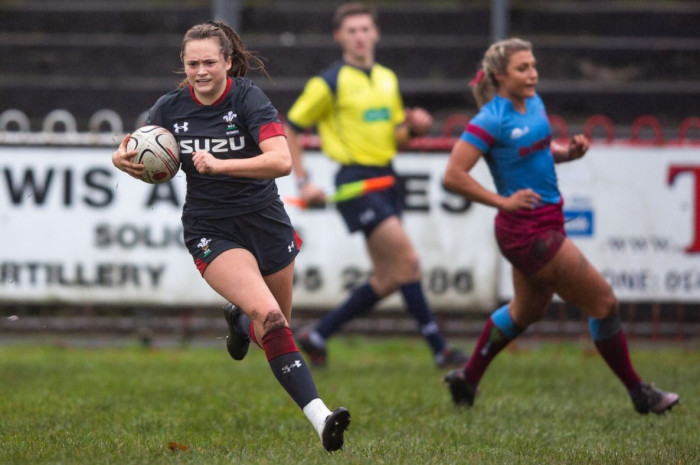 Number eight Siwan Lillicrap retained the Welsh captaincy after leading wins in Ireland and Scotland so far this autumn. Kelly was preferred at hooker ahead of regular skipper Carys Phillips who also played no part last week. Phillips, who won her 50th cap in the opening game in Spain, was again omitted from the match-day squad.

Carys' father Rowland was again not in charge as he continues taking time away from his head coach role with Geraint Lewis, Chris Horsman and Gareth Wyatt jointly guiding the side.

The match was also the first time Crawshays had fielded a women's team and were coached by former Wales captains Liza Burgess and Rachel Taylor.

Wales finish their autumn schedule against the Barbarians on 30 November at Cardiff's Principality Stadium in a double-header with the men's team.