Walsh back as Australia coach

Tim Walsh has been named as the Australian Women’s Sevens coach while currnent coach John Manenti moves to become the men's head coach in an unusual job swap. 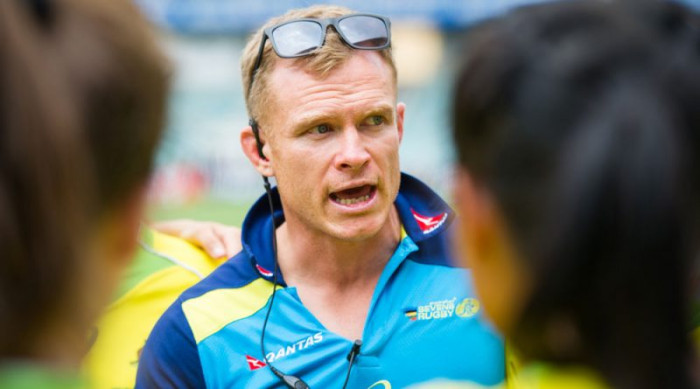 Walsh returns to the head of the Australian Women’s Sevens programme for the first time since his side’s silver medal at the 2018 Gold Coast Commonwealth Games. He has been in charge of the men’s team for the past three years, including the 2020 Tokyo Olympic Games campaign.

“This has been the culmination of a post-Olympic review and resetting of the strategic focus of both programs. In addition to this the Sevens will continue to play an important role within the overall high performance system and restructure that will deliver greater alignment between our National, Super Rugby and Super W teams. Their appointments have been the result of a recruitment process where a number of candidates were interviewed for the positions.

“We’re fortunate that both coaches have worked within the programs and are known to the playing group and staff, so we expect it will be a smooth transition as they shift roles to their new teams given the HSBC World Series is well underway.

“Both Tim and John have a wealth of experience and IP in the world of Sevens. After careful consideration, we felt they were the best two coaches to lead the respective programs forward into the future. They both have a lot to offer and we’re looking forward to seeing what they can do over the next three years as we prepare not only for the Commonwealth Games and Sevens World Cup later this year but also the Olympics in Paris in 2024.”

Walsh said: “I am both humbled and honoured to be appointed to the position of Australian Women’s Sevens coach.

“The Sevens programs continue to be my passion and the enjoyment derived from coaching some of the best Rugby talent in the world inspires me to impact positive changes within Rugby Australia and Rugby globally.

“Rugby Sevens provides a perfect platform to inspire, innovate and include and as a proud employee of Rugby Australia I will use my expertise to shape and deliver desired organisational outcomes.”

An experienced coach across both 15s and Sevens, Manenti has been heavily involved in the Australian Sevens across both the men’s and women’s programs for the past seven years, having worked as an Assistant Coach with both teams before transitioning into a full-time role with the women ahead of the 2016 Rio Olympic Games.

His new role follows three years at the helm of the Australian Women’s Sevens team, including the 2020 Tokyo Olympic Games campaign and recent World Series wins in Dubai.