We look ahead to the Six Nations games this weekend. 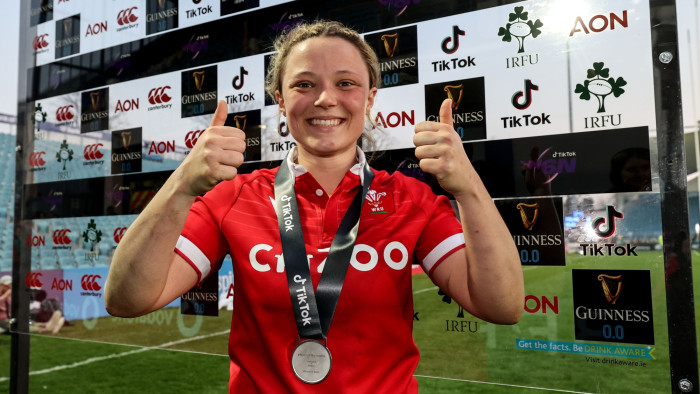 Ireland have never beaten France in France and, other than for a short period around ten years ago – have not really looked like doing so. That is unlikely to change this weekend though Ireland can certainly put the hosts under pressure.  France come into the game from on the back of a win against Italy where they won comfortably, if scrappily at times, while Ireland having lost a game to Wales that they could well have won. This all points to what should in the end be a comfortable win for France, especially when you consider Ireland’s all-round inexperience across their squad. For all the talk of the undoubted positive things they can take from that loss to Wales, there was a worryingly high penalty count that contributed to a late demise - they cannot afford that against a French side who are sure to punish them. The've named an unchanged team, which means another surprising bench slot for star wing Beibheann Parsons. There is absolutely no pressure on the Irish however and that makes them dangerous, especially if France are any way complacent. Emilie Boulard and Laure Sansus were brilliant off the bench at the weekend, and as they both start amid seven changes, this will likely be a game played at furious tempo. It should be exciting but with a predictable outcome.

France host Ireland at the Stade Ernest Wallon in Toulouse in a game that kicks off 3.15pm local time on Saturday. RTÉ and Virgin Media are broadcasting the game in Ireland, it's also on BBC NI and on France 4

This is likely the pick of the weekend’s game and certainly the hardest to predict. Scotland have not won in Wales since 2004, but this could be their best chance to change that run for many years, and perhaps their last chance for some time as Wales’ professional policy starts to have an effect. Despite the large defeat on paper, Scotland performed well against England, whereas Wales had to wait for the final few minutes of their game in Dublin before they could see off the Irish. That however did show impressive mental strength and belief, while their bench also had a big impact, highlighting growing depth in the Welsh ranks for whom Alisha Butchers was immense.  Scotland certainly started well against England, and have been pointing to positives like their set-piece which could be a crucial area in this game as Wales were excellent in this respect too last weekend, with Carys Phillips going especially well in the lineout. Wales are hopeful of a record crowd for this one and it should be a belter. They have unsurprisingly named an unchanged 23 while Scotland have been forced into some changes due to illness.

Emma Orr makes her debut at outside-centre, Shona Campbell starts at full-back and Evie Gallagher comes in at openside-flanker. These three replace Hannah Smith, Chloe Rollie and Rachel McLachlan, who are all out due to injury or illness and represent major losses.

Wales host Scotland at the Cardiff Arms Park in a 4.45pm kick-off on Saturday. The game is on BBC Wales.

England have won every previous meeting between the teams and in all cases, bar one, by a double figure margin. This is very unlikely to change. What will perhaps be of most interest is how England’s performance will compare with that of France last week, when Italy looked a rather stronger opposition than Scotland, who England met in round one. It took France a long time to break the Italians down, with their 39-6 score line owing a lot to two tries in the final few minutes. Italy are also stronger on home soil and in players like Beatrice Rigoni and Michela Sillari have backs capable of troubling even the best defences, whether they will get any room against an English side which can suffocate with their organised defence is another thing. This will be an England win, the only question is by how much.

England have made changes, with the return notably of scrum-half Natasha Hunt who will make her first England appearance since November 2020. Zoe Harrison starts at fly-half as Helena Rowland moves to 12.

Number eight Poppy Cleall will captain England for the second time as regular skipper Sarah Hunter is on the bench. Italy's head coach Andrea Di Gianmarco has made two changes with Veronica Madia starting at fly-half and Vittoria Ostuni Minuzzi at full-back.

Italy host England at the Stadio Sergio Lanfranchi in Parma, with the game kicking off at 4pm local time on Sunday. The game is on BBC 2

England U20 have something of a hill to climb in this fixture. They have just one win against France U20 in the last 10 years - in 2018 when they won in Lille - while France have won the other 16 meetings, and there has been one draw. After a largely Covid related gap since 2019, the teams met last week in Evreux, France winning 30-14. Can England make a little history in Henley? The England team, coached by former player Amy Turner, is here