We look ahead to a host of test games this weekend. 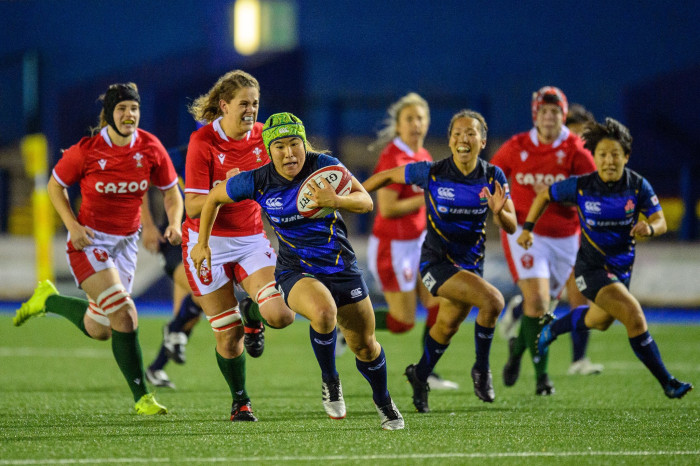 The buildup to this match has been clouded by the ongoing drama engulfing the Irish women's set up since Anthony Eddy's disastrous interview earlier in the week.

As a result we will either see a galvanised Ireland team playing out their frustration at what's happened this week and in recent World Cup qualifiers - or the struggling Irish team we saw lose games in that event that they were expected to win.

Ireland have named a relatively settled team with Adam Griggs coaching his final couple of games before stepping down. There is a possible debut for Maeve Óg O’Leary included for the first time after impressing during the recent Interpro series, while Anna Caplice is back in the team, starting at number 8.

The US could be forgiven for some fatigue having travelled to Dublin after playing two tests in five days against Canada - resulting in two losses. They're without the talented Alev Kelter and Ilona Maher who have returned to the sevens set up but in their favour is more recent match hardiness.

The seventh Konektor Cup match see Czechia going for their third consecutive win in the fixture as they try to complete their European Trophy programme with a second win, having lost to Sweden and beaten Finland.

For the Swiss, on the other hand, this is start of their programme. As such they are probably the only team who can stop Sweden winning the title.

After their performance last week against Finland – and even at times their performance in Sweden – the Czechs must start as favourites. Switzerland, on the other hand, come into the game as a great unknown because it is so long since we saw them play, although in the last Trophy series there were signs that the Swiss were not as strong as they were in the middle of the last decade. The one certainty is that this will be an entertaining game – the Czechs cannot play any other way.

It's been a good few weeks for women's rugby in Wales, who put an end to a two-year losing streak with a win against Japan last weekend and they'll be confident at home on Saturday.

Former captain Carys Phillips is set to start her first international in two years as she's named in a team that's made seven changes,

Scrum-half Ffion Lewis and Niamh Terry, who comes in at full-back, also get first Wales starts since November 2019. Terry replaces Jasmine Joyce, who is away on Team GB sevens duty.

South Africa played well against a much more experienced French team last weekend and showed a lot of attacking intent even if their ability to keep hold of the ball struggled, and there's a satrt for the experienced Zenay Jordaan, who starts at 10 this weekend.

Jordaan was not considered for the opening tour match, against France in Vannes last Saturday, due to a stomach bug, but she has recovered and will don the No 10 jersey at Cardiff Arms Park in her 29th Test appearance in the Green

“We are up against another opponent ranked above us just seven days after playing France,” the Springbok Women’s coach said.

“We wanted to see at what intensity the French play and with that knowledge, we have a better idea what to expect from Wales. The two sides are more evenly matched than last week, so I believe we can create more opportunities for ourselves, so the challenge will be to make the most of those.”

Women’s Rugby manager at Rugby Africa, Maha Zaoui, deserves the highest praise for her work in getting so many countries in Africa to start playing test rugby. Her efforts have seen Kenya play Madagascar twice in Nairobi, Uganda meet Zimbabwe twice in Kampala, Cameroon take on Brikina Faso in Ouagadougou, and Tunisia host a three-team tournament involving Senegal and Côte d’Ivoire in Tunis.

This weekend Namibia and Zambia meet in Windhoek, which means that – with South Africa also in action – 12 African nations will have played test rugby in 2021. Which is incredible.

It is almost unimportant what the result is, though Zambia should be favourites because of the experience of their annual games against Zimbabwe, whereas Namibia have not played since their single test against Botswana back in 2013.

France have selected simply the best team possible as they go for a hat-trick of consecutive wins against the Black Ferns. Any team with Safu N'Diaye, Laure Sansus and Jessy Tremouliere starting on the bench is pretty impressive.

Only Rose Bernardou and Marjorie Mayans are missing from the XVs programme, it appears due to injury. However Romane Menager returns from injury a month or so earlier than expected, and will start.  Coco Lindelauf impressed against South Africa and gets a start - the only relatively new player in the starting XV. Eight of the team tasted success against New Zealand when they last met in 2019..

The FFR have taken the game to the pressure cooker of Pau, which should be packed as France try to match England's performance while the Ferns try to recover. You feel that France with this team and at home have to start favourites, but this must be the match of the weekend.
The game will be live on France 2 but we also understand there will be a feed of the game on the Six Nations YouTube channel in most territories.
Kelly Brazier is back in the New Zealand team and will add vital experience and she's one of three changes as they look to get back on track. This will not be easy though.
The French team is here while New Zeland's team is here.

The Netherlands have been in Parma this week helping Italy at a World Cup training camp for the in their extended squad, and their reward is a game against an Italian team. The training squad for the week, from which the Italian team is likely to be selected, was:

Although there are 11 uncapped players, there are enough experienced names to give the Dutch a real challenge.

It says something about how much New Zealand struggled over the past two weeks, that many expect Canada to give England a tougher workout. They arrive in London on the back of two wins in a week against the USA and will be confident if aware that the home team start as racing favourites.

Rugby in Canada is in strife at the moment, with money to the sevens programme likely cut due to a poor Olympic result, while the men's team failure to qualify for the World Cup will deprive Rugby Canada of much needed World Rugby money. But this team is going well with players like Sophie de Goede and Karen Paquin a match for anyone.

England have made some changes with teenage backrow Sadia Kabeya and wing Heather Cowell set to make their debuts.

Sarah Hunter is back to captain the team while Sarah McKenna starts at fullback.

Scotland come into this one still basking in their strong showing at the recent World Cup qualifiers and play a Japan team who have already qualified.

The side’s recent success has also seen them rise to an all-time high of ninth in the Women’s World Rugby rankings.

Scotland’s last encounter against the Brave Blossoms was in November 2019, which was also the last match they played in front of a home crowd, with Japan taking the spoils that day with a 20-24 win.

Scotland team here. Japan has not been named yet