We look ahead to the four tests this weekend. 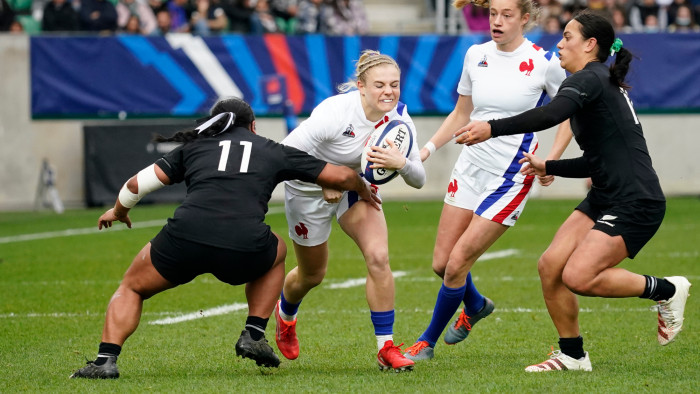 This is a surprise last outing for the Irish captain Ciara Griffin who announced her retirement at just 27 years old earlier this week. She is one of just seven players who are retained from the win over the US at the weekend, with Ireland also losing a handful of players who have returned to their sevens programme.

Stacey Flood, Beibhinn Parsons, Eve Higgins and Amee-Leigh Murphy Crowe are all out as a result of the upcoming Dubai 7s while Mary Healy, Ella Roberts and Shannon Touhey could make their debuts off the bench,

Japan go into the game on the back of losses to Wales and Scotland with their inexperience making life hard for them at times. Captained by Saki Minami, there is one potential debutant with Otaka Yoshimura named at lock

They played for 60 minutes in Scotland with just 14 players, yet more than held their own at times, with relative inexperience at international level being their biggest problem - exemplified by the sending off for a high caused by a clumsy response to the speed of the game as anything intentional.

If they can learn from those mistakes they could provide a much changed Ireland with a real challenge. Coach Lesley McKenzie will certainly be aiming to end the tour on a high note.

The Japan team has been named and the Ireland team is here.

France will be favourites given the nature of their win last weekend, and it would take an enormous last-ditch fight from the Black Ferns to avoid going home with no wins under their belt.

The French go into this game aiming for something that even England have never achieved – four successive wins against New Zealand.

But more importantly, their main target is consistency. Statements from the team emphasise that they are seeing it as a job only half done.  Centre Gabrielle Vernier said “We are really keen to make a second big performance and only at the end we will be able to celebrate these victories. It will be all of the games and not just one performance.”

What France are aiming for most is to see an end to their reputation for unpredictable performances. "To be at the highest level, you have to perform all the time. In the past, in the Six Nations Tournament, we put in great performances and then followed that with average matches. Now we aiming to produce the same level of performance for this game as the one produced last weekend. " continued Vernier.

France make two changes. Caroline Boujard has been released to prepare for her professional firefighter examinations, and is replaced by Marie-Aurélie Castel on the wing. Chloé Jacquet, on the bench at Pau, replaces Emilie Boulard at the back and will form an “offensive triangle” with Cyrielle Banet and Marie-Aurélie Castel.

There are changes in the Black Ferns team too – with coach Glenn Moore going for as much experienced as possible with Kelly Brazier, Portia Woodman and Carla Hohepa all starting. Brazier moves to 10 to form a more experienced combination with Kendra Cocksedge, who is playing her 49th consecutive test.

There could be a debut for Kenda Reynolds off the bench – the video of her finding out she has been selected is well worth watching.

The USA played well in patches against Ireland with star turns from Hope Rogers and Alycia Washington up front, but their inconsistency meant that Ireland were able to come out on top over the 80 minutes.

This will be a very tough step-up for a team who have yet to win a game this Autumn - with two losses to Canada before they travelled to Europe, but coach Rob Cain will really be looking for the eradication of some poor self enforced errors as opposed to a shock result here.

England have been unstoppable in recent weeks and will show no let-up here at a game which has already sold over 7,000 tickets and unsurprisingly Simon Middleton is taking the chance to make some changes.

Zoe Aldcroft captains a team featuring nine changes which includes the return of Lydia Thompson on the wing for her 50th cap and a start for young Wasps prop Maud Muir.

Sarah Beckett is also back having had surgery on a knee injury in the summer, with Poppy Cleall dropping out of the squad.

A win would take England's winning streak to 18.

USA make nine changes to their team and Cain says that the game is a chance to get used to pressure.

“For us, we have dominated large parts of our previous three games, showing the strides we have made across our depth and tactical awareness. But this tour has also highlighted the importance of playing test matches and getting real-time pressure games both domestically and at this level. Given over 80% of the squad hasn’t had the opportunity to play high level matches for the past two years, playing what will be our 4th test match in 20 days against a team like England gives us a real opportunity to showcase our adjustment to that pressure.:

The USA team is here

Wales have two confidence boosting wins against Japan and South Africa but this will be a different challenge altogether.

Canada lived with England for large parts last weekend, before succumbing to England's superior fitness and recent game-time, but they will be full of belief that this is a game they can win though they have left out key players.

Keira Bevan, Caryl Thomas and Lisa Neumann are all back for Wales, while there is no Karen Paquin, Brianna Miller or Laura Russell for Canada, who are rested. Justine Pelletier and Veronica Harrigan will get their first starts this tour, while Ngalula Fuamba makes the bench..

Wales coach Ioan Cunningham said:  “Our primary focus is to keep improving. We are pleased with how we went against Japan and South Africa. However, we left a lot of scoring opportunities on the park, that is something we can’t do this weekend. When we create chances to score, we must take them."

The Canada team is here