What we've learned this Autumn

Following a jam-packed few weeks for women's rugby, Ali Donnelly picks out the key stories from the women's game over the past few weeks. With New Zealand's win in the first ever leg of the Women's World Sevens Series and England's three-test win over England, there's lots to talk about. 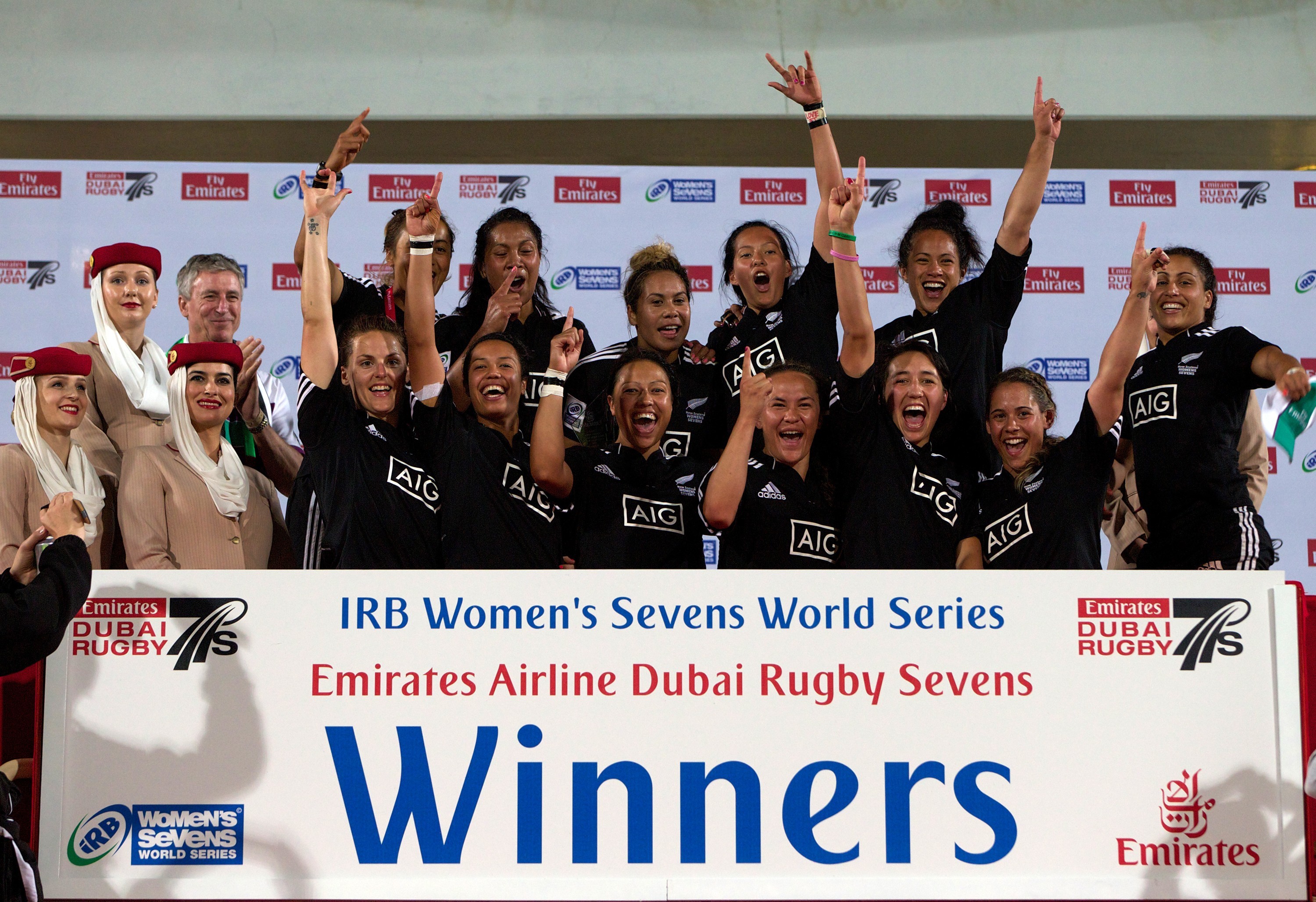 The Russians are coming

The Russians' performance at the Sevens World Series Opener in Dubai may have surprised some but we picked them out last week as one of the most improved sides in the World. And so they proved to be, taking the scalps of Canada, China and Netherlands in Dubai, drawing with the eventual winners New Zealand and eventually winning the Plate after a narrow loss to Spain. Ruffling some feathers may have been Russias aim before the tournament, but the 2013 World Cup hosts did far more than that and through the likes of the exceptionally talented Navrat Khamidova they will be the team to watch in the next leg of the series. Even more impressive about Russias rise is the fact that they only get to train for about five months a year outdoors and under head coach Pavel Baranovsky, this team is in its infancy. Beating Canada and holding New Zealand with that little time together is impressive but how good they can become is worth watching. A word of mention too to South Africa who were the surprise package of Dubai, reaching the final and showing that they are also continuing to make real strides in the Sevens game.

New Zealand are back

In Sevens land at least, New Zealand looked like theyd never been away last weekend in Dubai, having made just sporadic appearances as an official side since the 2009 Sevens World Cup. New Zealand swept to the first win at the inaugural Womens World Sevens Series title at the weekend in fine fashion only being held once over the weekend by Russia against whom they could only manage a draw. Displaying real power and pace, as well as a handful of very talented new players to the international scene, New Zealand will be hot favourites going into the second tournament in Houston next month, though England at full strength will be expected to push them hard. Their hammering of South Africa in the final suggests they also have the required fitness for the intensity of these tournaments. With the Hohepa sisters and others including playmaker Lavinia Gould all showing exceptionally well, New Zealand will be hugely exciting to follow this series.

England at XV level have been in fantastic form this year winning every game and a Six Nations and European title but the three wins over New Zealand are the stand-out achievements in the womens game in 2012. Worryingly for the rest of the world, England look like they have pushed on a level this season, creating real depth and easily proving that they are the best team around right now. England have for some time been the fittest and best conditioned team in the world, but now they are also the most skilful and have moved past New Zealand in an area where the Black Ferns always had the edge. Skills under pressure are difficult to develop when you play as rarely as New Zealand do, and England were able to outdo their opponents in all three games on that front. New Zealand get to host the English next year on home soil, but head coach Brian Evans will be desperately hoping the NZRU organise some games in the build-up. Losing two test series to England in the lead-up to the 2014 World Cup will be disappointing losing a third on home soil could be disastrous.

While all eyes in the 15s game were on the England V New Zealand series, the French were victorious in two tests against USA, winning fairly comfortably 13-0 and 27-3. France used the series to blood a number of new players and mixed and matched their team making 11 changes for the second test. The fact that these games were played in front of big crowds in Orleans and at Stade de France also bodes well for the hosts of the Womens World Cup in 2014. France always manage to generate big crowds for their big games, and as their team continues to build at XV level, especially at home, the interest in the game a few years out from the World Cup is very encouraging.

Next year's Six Nations is likely to be hugely competitive

For all that England are the leading team in the game right now, they will feel the loss of some of their key players who will be involved in the World Sevens Series while the Six Nations is taking place. Heather Fisher, Jo Watmore and Alice Richardson were -arguably three of the most influential players in England's three-test series win and it's likely that those three plus others like Micheala Staniford will be tied up with Sevens duty next Spring, though maybe not for the entire tournament. While England have massive strength in depth, they will be coming up against likely full strength Irish and French sides who will feel they have a real chance against the side who have dominated this tournament now for years. Ireland especially will be worth watching as they host England and France at home, where they are always strong, and they go into the Six Nations coming straight out of a competitive Interprovincial series.