Less than a month ago, we wrote about what we’d like to see in 2017. Improved access to women’s international rugby on TV and live streams was one, increasing the profile of the Women’s Six Nations so as to attract its own sponsorship was another. Amazingly, we may be getting there much quicker than we ever expected. 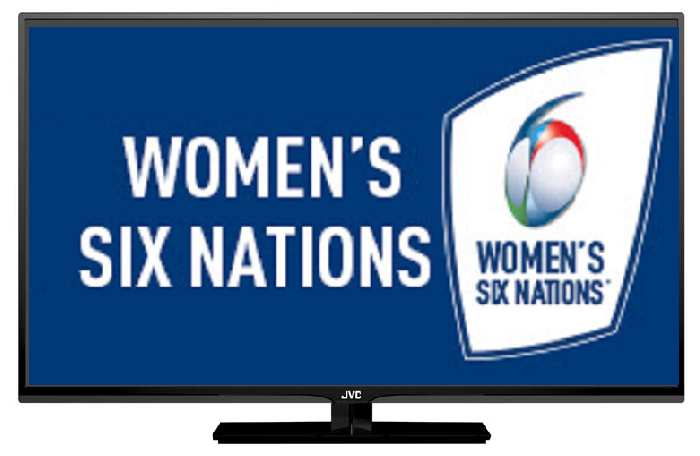 Remarkably 2016 was the first time every game in the Women’s Six Nations was available on TV or live stream. Admittedly, to see all the games required some nifty work with VPNs, a UK Sky subscription, and putting up with some feeds of variable quality. But it was just about possible.

All of that should now become a distant memory following a remarkable and unexpected statement from the Six Nations Council.

Following on from a series of commitments issued by World Rugby in recent months, the success of the women’s sevens tournament in Rio, and the ratings success that televised women’s international rugby has been in France, the Six Nations Council have today announced a series of major new initiatives “to help raise the profile of the Women's Six Nations from the forthcoming season”.

The first– and probably the most important one – is that the Six Nations Council have obtained a commitment from all six unions to ensure that all matches will be produced for television to a high-quality broadcast standard.

So, if any TV station anywhere wishes to show games live, it should be possible to simply take the package “off the shelf” – and even if games are not on TV they will be available on a single dedicated live streaming service – “each country's Women's Six Nations Championship matches [will be] available live either on television or streamed live on Six Nations YouTube / Facebook channels”.

In addition, “a roundup highlights programme will also be available” which in the UK will be shown on BBC Network on Sunday evenings. Hopefully stations in France, Ireland and Italy will also take the package

And there is more. The Six Nations Council “have worked with all six unions to set minimum standards to be applied at each venue hosting a Women's Six Nations Championship match” and just to make sure this happens, “each match will be attended by a Six Nations Rugby match manager to ensure that these standards are applied in all aspects.”

There are no details yet about what these standards are, but it can be assumed that they will apply to the quality of venues, officials, player support and spectator experience. In other words, they will be treated as the elite sporting events that they undoubtedly are.

There will also be new dedicated social channels. A new especially developed logo has also been introduced to give the Women's Six Nations Championship its own identity – which is good to hear and as it moves the Women’s Six Nations away from “piggy-backing” the men’s promotional activity, including being associated with a sponsor that actually contributed nothing to the women’s game.

John Feehan, Chief Executive of Six Nations Rugby, did not quite put quite as blatantly as that when he commented on these developments, but it’s clearly there when you read between the lines.

He said: "This is an exciting development for Women's rugby and it will give us a great base to work on for the future.

“For the first time in the history of the Six Nations Women's Championship, supporters in each country will be able to watch all of their team's matches live and to a high-quality standard whether they are playing at home or away.

“This forms part of the ongoing work done by the Six Nations Council who are constantly looking at the Championship within the context of the global rugby landscape and at ways of developing our sport.”

In short, the Six Nations Council are doing all they can to make the Women’s Six Nations as accessible and as marketable as possible.

So, TV executives and potential sponsors, it’s your move. *At present there is no news about access to feeds for viewers from outside the competing countries - but it is clear from the above that geoblocking is only being applied to countries where games are being broadcast on TV.