The Women’s Six Nations has dominated the news in recent weeks, so it's time for a quick catch-up of other news from around the world… 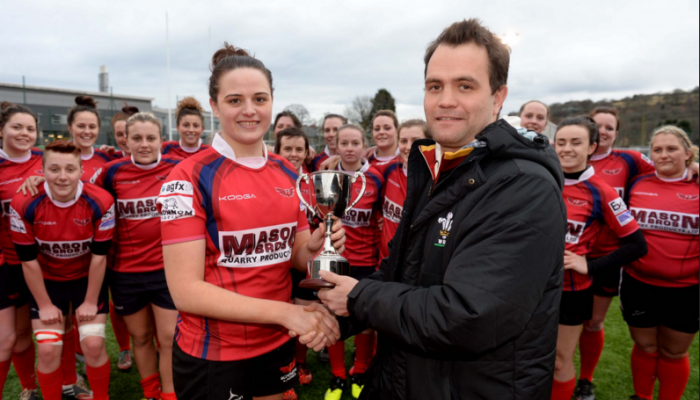 Although there is no announcement yet about the dates for the European Trophy (the winner of which will playoff against Scotland for a place in the World Cup), we do know that the tournament will be in Spain.

Spain: INEF Barcelona are favourites to win the Division de Honor after finishing the league phase with a 100% record. They will play Olímpico de Pozuelo in the semi-finals, who finished fourth just ahead of Getxo Artea, who had needed to beat XV Sanse Scrum RC at home in their final game, but had lost 17-24. As a result it was Sanse who took on Majadahonda in the other semi-final, which was played last weekend, with Majadahonda winning a place in the final after a tight 10-7 win (video highlights).

Belgium: Since we last looked at the league, Boisfort have opened a 17 points lead over Dendermonde at the top of Division 1 and will be uncatchable if they beat Antwerp in the next round. Luxembourg’s Walferdange – in essence the Duchy’s national team in all but name - recorded another big win and are well placed to win promotion to the top division.

Italy: The top three teams in each of the two pools will qualify for the play-offs. The league fully resumes after the Six Nations this weekend with four games remaining in the league phase. In the northern Group 1 Rugby Monza, Valsugana (Padua) and Benetton Trevison have largely sown up they places – Monza in particular being unbeaten, while Valsugana’s only loss has been to Monza. In Group 2 Benevento are similarly unbeaten, and Bologna as also well placed to join the in the play-offs. Roma should join them, but newcomers Donne Etrusche stand an outside chance of overhauling them being just 10 points behind.

The season has not been quite as kind on the other new teams. Chicken 2012 Rugby and Rugby Cogoleto & Prov. Ovest are firmly rooted to the bottom of Group 1, while Frascati 2015 Rugby Club,

Torcana Aeroporti di Medici have had a similarly tough experience in Group 2.

Gemany: SC Neuenheim’s unbeaten visit to England last month has done them no harm in the Frauenbundesliga, which they now top by six points from Heidelberg – though the latter have a game in hand – and seven points clear of ASV Köln, whose title hopes they dealt a possibly mortal blow with a 60-0 win the last round. Neuenheim and Heidelberg meet on 9th April in what now appears to be a rehearsal of the likely final on 14th May.

Netherlands: Somewhat predictably, 2014/15 champions RUS (Utrecht) will take on AAC (Amsterdam) in a repeat of last year’s final. RUS finished top of the championship pool, unbeaten, while AAC’s losses were only to RUS – though both games were sufficiently close to make next month’s final anything other than a foregone conclusion.

Scotland: The BT Women’s Premier League restarts this weekend after a Six Nations break during which only one game was played. That game saw Hillhead Jordanhill beat RHC Cougars 43-22 to go top, five points clear of Murrayfield Wanderers, though they have also now played one game more.  The top two meet home-and-away on 24th April and 1st May, which should decide who finishes top of the league. Cougars – 10 points behind Murrayfield now and with two fewer games to play – would seem now to be in a battle for third with Melrose.

Wales: Scarlets Ladies retained the WRU Women's Regional championship with a convincing 33-14 victory over West Wales rivals, Ospreys in at Ystrad Mynach earlier this month. The Ospreys had win the title in 2013 and 2014.

The first three rounds were held before Christmas where the main focus was on SIx Nations selection. Rounds four to six, which was played over the Six Nations period, were aimed more at talent development with one eye on strengthening the regional player depth. Wales coach Rhys Edwards was delighted about the way the tournament had gone: “The ethos of the regional programme is to develop players, and I am really pleased that the regions have bought into it this year. I would like to pass on my thanks to all involved who have worked extremely hard to ensure that players have had an opportunity to develop and play."

The regional championship allows the top players from outside the international squad to show what they can do and The Scarlets had one of the key players in outside half and captain, Jodie Evans. She opened the scoring with a penalty early on and after a try from Jami Davies (which Evans converted) she was able to punish Ospreys with another penalty on 28 minutes. The score was 18-7 at half-time, and soon after the second half began Evans was on target again to further extend The Scarlets’ lead. A fifth successful kick after Scarlet’s fourth try gave the Scarlets an unassailable 33-7 lead, though it was Ospreys who made the final score. "I'm so proud of all of the players who have contributed to this season's campaign in both phases of the season," said Scarlets coach, Daryl Morgan. "Last season's championship was based around an outstanding team, but this year's it's been all about the depth of talent that we've got in the region and everyone pulling together to achieve this."

The result completed a double for The Scarlets, who also won the U18 title.

Australia: New South Wales “Blues” completed a senior and junior double at the Women’s National Sevens Championship at the beginning of March. The senior team – lead by Iliseva Baitbasaga - conceded only one try (to the National Indigenous team) before completing their triumph with a 22-0 win over Queensland in the final. Over 250 juniors and seniors from outside the national squad took part in the intensely competitive two-day tournament that is an important part of Australia’s talent identification programme, and not just for players but also coaches, referees and other officials. The competition took place at the Sydney Academy of Sport – the home of the national squad.