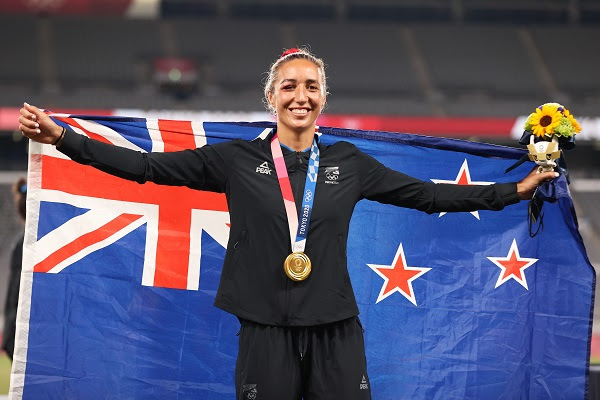 Her accolades came after another outstanding season as she led her team to Olympic gold in Tokyo.

The Black Ferns Sevens were recognised as the adidas New Zealand Team of the Year for the fourth year running, and co-coaches Cory Sweeney and Allan Bunting were jointly named as the ASB New Zealand Coach of the Year, for the third year in a row.

Former Black Fern legend, Anna Richards, also became the first female recipient of the prestigious Steinlager Salver, an honour reserved for individuals who have made a lasting impact on the development and ongoing success of rugby in New Zealand.

Made a Member of the New Zealand Order of Merit in 2005 (MNZM), Richards’ contribution has continued well past her playing days as a coach, development manager, volunteer and mentor.

Northland Kauri captain and prop Krystal Murray won the Fiao'o Faamausili Medal to be recognised as the Bunnings Warehouse Farah Palmer Cup’s Player of the Year, while former Black Fern Melodie Robinson received the Kirk Award, awarded by the New Zealand Rugby Players’ Association for outstanding contribution on behalf of professional players both on and off the field.

“Congratulations to all the winners, and nominees, this evening. We have seen some incredible performances on the rugby field in 2021, none more exhilarating than the Black Ferns Sevens Olympic gold medal-winning performance in Tokyo.

“It’s fitting that the Black Ferns Sevens were named as our adidas New Zealand Team of the Year and that their leader has been deservedly recognised for her outstanding contribution to her team, to Māori rugby and to the game in Aotearoa. Sarah has been the standard bearer for our game in 2021.

“I would also like to acknowledge Anna Richards, whose immense contribution to rugby has been recognised with the Steinlager Salver. Anna has undoubtedly inspired a generation of women to play our game.

“It is wonderful to see women’s rugby leading the charge as we head toward next year’s Rugby World Cup in New Zealand.”