All of the timings and veneus for this season's 6 Nations have been confirmed. 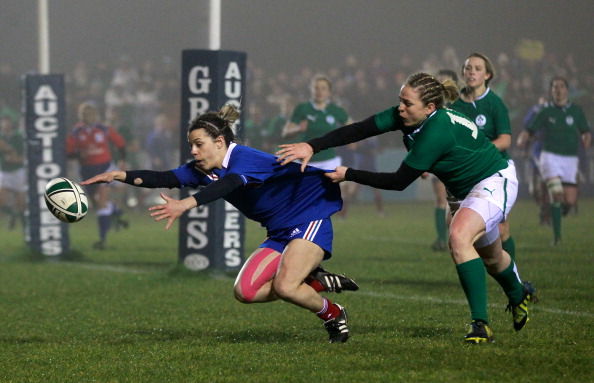 Ireland will begin the defence of their title at home to Scotland on Friday, January 31 (19.30) at Ashbourne RFC in the opening game of the competition.

Ireland finished top of the pile last year while Scotland finished at the bottom of the table, as they head to the scene of Irish joy last season to the venue from where both France and England left empty handed.

This year's World Cup hosts France, will take on England the next day at the picturesque Stade des Alpes in Grenoble on February 1st (20.55). On Sunday, Wales take on Italy at the Talbot Athletic Ground.

On the second weekend of the competition, the Irish return to Ashbourne for another Friday night game on February 7th (19.30) to take on Wales, while France move to the Stade Ernest-Argeles to take on Italy.  Scotland host England on the Sunday at Rubislaw.

The game of the third round will see England hosting Ireland at Twickenham on February 22nd (18.30) while there are two games on the 23rd, with Italy hosting Scotland at Stadio Parco Urbano and Wales welcoming France to Talbot.

England are at the Twickenham Stoop on Friday March 7th, the venue of the 2010 World Cup Final, where this time Wales are the visitors while there is a historic occasion in Dublin on Saturday, March 8th where they play for the first time at the Aviva Stadium. They will take on Italy. The next day Scotland host France at Howthornden.

The final round of the tournament sees France welcome Ireland to Stade du Hameau on Friday, March 14th Wales are at home to Scotland and England make the trip to Italy to Giulio e Silvio Pagani.

The International Rugby Board has announced the referee appointments for the Women’s Six Nations Championship 2014.

Appointments were made by the IRB Match Official Selection Committee following a detailed review of recent performances.

The Women’s Six Nations, which kicks off on January 31 and concludes on March 16, will see ninereferees take charge of 15 matches with Nicky Inwood, Helen O’Reilly, Claire Hodnett, Christine Bigaran, Sherry Trumbell and Leah Berard being appointed to two matches each.

England’s Hodnett will referee the first game of the championship between defending champions Ireland and Scotland in Ashbourne, Co. Meath, while Marlize Jordaan of South Africa will take charge of the final match, which will be between Italy and England in Milan.

Referee preparation for the Six Nations championship included a three-day camp in Marcoussis, France, which is a host venue for the Women’s Rugby World Cup 2014 in October.

The camp mirrored the gathering for their male counterparts held last August at the same venue. The schedule included a series of preparation sessions, ranging from the consistent management of the ‘crouch, bind, set’ scrum engagement trial to an extensive fitness monitoring programme.