We review a memorable weekend of rugby in San Francisco and ask if the new format worked. 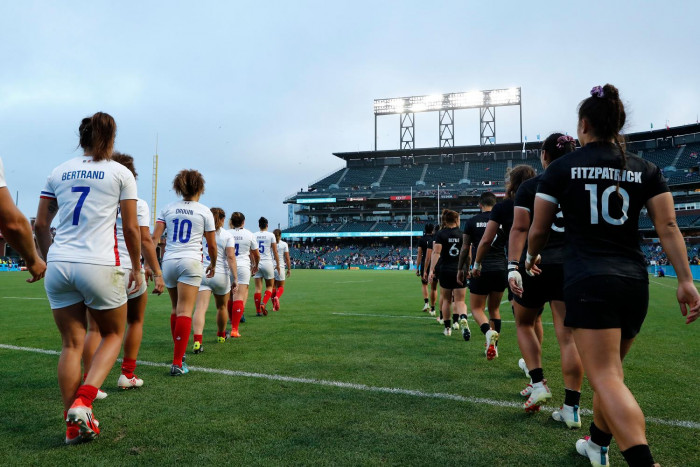 When the new format was announced for this World Cup, there was both excitement and scepticism.

Could a tournament at this level provide a true and fair representation of the quality of all sides if a poor opening game resulted in a straight knockout from the competition? And if so, could it make up for that via the excitement it would surely generate? Would it offer, as World Cups should, a chance to celebrate the lower ranked teams or would it more equitably siphon the teams off into the right levels earlier than how regular pool play might?

First on the side of the detractors, there are some credible criticisms.

These range from the fact that the brutal nature of knockout play meant much shorter game time for a spread of players. With the title on the line in every minute of every game, we saw teams over-rely on their leading seven players - Australia for example had two players who played just per a couple of minutes in the whole tournament.
That though is a coach’s prerogative and probably more persuasive in the argument against the format is the fact that it gives a team no time at all to warmup into the tournament - as England found out cruelly when they were knocked out after one game.

For the teams who are newer to this level, it became mission impossible and once they were relegated down to the lower regions, there was no opportunity for them to experience the levels needed to reach in the future or experience the joy of playing against the best. When you saw how wildly Papua New Guinea celebrated their try against New Zealand, you did rather lament for more opportunities on this front.

Arguments also raised online point out that fans are also shortchanged by the fewer games because of this format while others bemoan the idea of silverware for those finishing 5th and 9th - it would certainly be interesting to know how players feel about the latter.

But but but. For all of this, there are and were also huge pros to the format.

Excitement, drama and pure brutality makes good viewing for fans. And really, despite the worries that it is unfair on teams to be punished so cruelly for a slow start, we did not see any great shocks given the form teams took into the tournament.

England’s loss will be written up as a shock, but they have not been in good form while Ireland have been getting better and better all season. Spain’s win over Russia and eventual 5th place too can be traced back to the incremental improvements they have made all year - and the fact that in Patricia Garcia they have a world beating game changer who on her day, can make all the difference against anyone.

Our verdict? This is a format which worked well for the World Cup and we instinctively are fans, but it shouldn't be rolled out on the World Series. As the wise former USA coach Pete Steinberg said this weekend, using this format to differentiate the  World Cup from a regular stop and more importantly the Olympics is right - consider it like a Cup competition vs a League. Both are legitimate competitions but designed to have different outcomes and in the latter, consistency is key so you need a format to reward that.

That to us seems entirely sensible, especially considering the Olympics will continue to be the pinnacle event of the 7s calendar.