The draw was made on 19th November 2020 and split the twelve teams into four “bands”, based on the world rankings at the time and before Italy, Japan and Scotland had qualified. As a result, by the time the tournament kicks off on 8th October, it will have been nearly two years since the draw was made. And quite a lot can happen in two years! 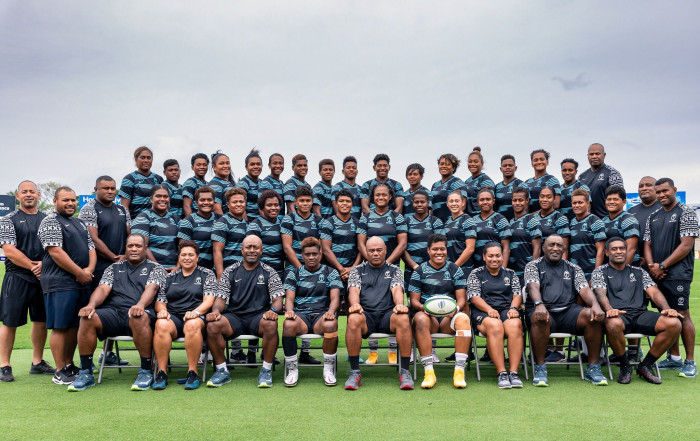 The top two teams from each pool, plus the best two third-place teams, will qualify for the quarter-finals.

Only six teams in this World Cup have won more matches than they have lost since the last World Cup in 2017 – and four of them are in this pool!

The favourites by a distance, the question of the World Cup is whether anyone can stop England's march to the title.

Now on a record 25-game winning streak, England look quite unbeatable. Arguably since hammering New Zealand twice last year, they've gone up another level, regularly thrashing teams, and only looking vulnerable briefly against France before throwing them off and winning comfortably.

Their challenge is likely to be themselves, and how they handle the favourites tag and stay composed in the later stages when motivation to beat them will be higher than ever.

The problem for their opponents is that even when England don't seem to be playing that well, or at least by their standards, their superior fitness and power always sees them home, not to mind a deeply impressive wider squad with an enviable bench.

The omission of Mo Hunt, an exciting player who can turn a game from scrum-half generated headlines in England, and if there is any concern over this England squad it might be the lightness of experience in that position behind Leanne Infante, the first choice nine and the fact that leaving Hunt at home has denied them of a gamechanging player in a key position should things start to falter in tight exchanges.

Having turned professional fully before anyone else in 2019, this England team though is a deeply impressive outfit and looks more equipped than ever to win this competition.

A growing concern, for anyone with any affection for the French team, is whether they have perhaps peaked a year too early.

A year ago, France were within a gnat’s whisker of being the number two team in the world. Back-to-back wins against New Zealand, as well as losing three consecutive games to England by less than a try, suggested that Les Bleus were on their way to at last making a World Cup final after multiple semi-final defeats (seven appearances in the final four in eight World Cups).

But since then, France have chosen to reorganise the management and coaching of the team, ended as runners-up in the Six Nations after failing to seriously challenge England in the decider, and finished their preparations with some head scratching selections and a defeat in their final warm-up test with Italy, dropping to fourth in the world rankings as a result.

This apparent willingness of new manager Thomas Darracq to throw the dice carried over into a squad for New Zealand that feels oddly inexperienced, with just five players with more than 40 caps, but ten with 10 caps or fewer.

Injuries rule out Cyrielle Banet, Caroline Boujard but there was no place for Audrey Forlani, for example, while uncapped sevens star Joanna Grisez is on the plane.

Nonetheless, and despite drawing England in their pool, France should make the quarters with some ease, and really should at least go one step further

South Africa return to the World Cup for the first time since 2014, having turned down a chance to play in the 2017 tournament.

The 2014 World Cup proved to be such a traumatic experience – they lost every game, scoring only one try in the five appearances – they effectively rebuilt their entire programme from the ground up, not playing a single test between August 2014 and November 2018.

Since then their results speak for themselves, with ten wins from their last 16 games and five in their last six, including a win against Japan in Japan, a series win against Spain at home, and their highest ever world ranking coming into this tournament.

This is clearly the best Women ‘Boks team there has ever been, with South Africa at last making the most of the potential that comes from one of the world’s largest player bases. They have a great chance to reach the quarter-finals, but this it is clearly just a step on the road to an even stronger team in 2025.

This will be Fiji’s first World Cup, and a learning experience on their way to bigger and better things in the future.

They have played fewer test matches in the last five years than any of the other teams in the tournament, but it is a measure of how recently they started to play regular test rugby that two thirds of test matches they have ever played have been played in the last four years.

In that time Fiji have supplanted Samoa as the leading Pacific Island nation, winning both editions of the Oceania Championship, played in 2018 and 2022.

However, their only test wins have come in these games against other Pacific nations. Games against Hong Kong, Japan and Australia have ended in defeat.

They showed their potential by winning Australia’s inter-state Super W as a guest team at the start of this year, their exciting attacking play attracting headlines, but also betrayed some weaknesses, attracting more than their fair share of yellow cards during the tournament, and also a tendency to struggle to play the full 80 minutes, racing into early leads which they hung onto at the end.

Both of these problems were highlighted in their defeats to Japan and Australia in the Tri-Series in May.