Previews and team news ahead of round two of the Women's Rugby World Cup. 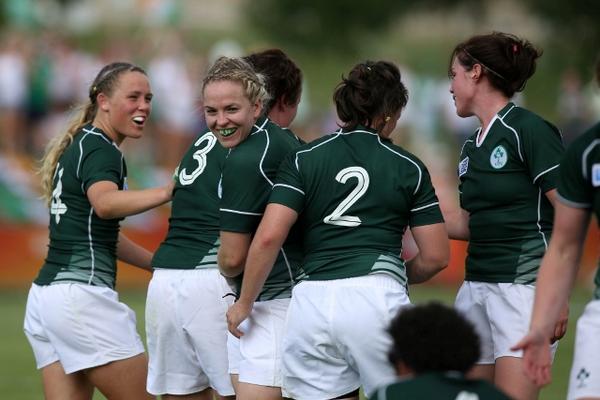 While the United States will be licking their metophorical wounds following their Irish defeat, for Kazakhstan there will be not metaphors involved.

Three players went off with injuries against New Zealand that looked serious enough to put them out of the whole tournament, not just this next game. And now that Kazakhstan will be up against a team noted for physicality (as Ireland found) - the Asian champions will be hoping that they can survive with at least enough players to form a competitive squad for the rest of the competition.

They were thrilled with their one try against the Black Ferns and though they might find more chances in this game coming their way, this is again a very tough ask.

USA will be disappointed with how they defended up front at times against Ireland, giving the Irish too much space around the fringes, which was well exploited, and giving away too many penalties at crucial times. They should though get back on track here.

Predicton: USA to power their way to their first win.

For Australia, missing out on a bonus point against South Africa, who have dramatically improved as a team, might be a worry and they will not be taking their foot of the pedal in their search for points.

An excellent first half on Friday, the Australians may be concerned at their drop off in the second, but they have a raft of game changers who will be a real threat in what could be a very tight game.

Wales will be the most disappointed of the teams in this pool, with so little coming from so many promising moments against France. In attack, despite some fine running from the likes of Elen Evans and Sioned Harries, things just didn't click and France fed off their errors.

This is a must win game if they want to finish in the top half of the rankings at the end of the tournament.

Prediction: Wales are capable of winning this but Australia to take it out. Just.

Spain are up against an opponent that are probably guilty of respecting too much in the past in this one as their somewhat unbalanced Six Nations record shows - even in their best seasons against other opposition they still tended to lose badly to England.

Romantics and neutrals might be hoping that the team with the loudest per-capita groups of fans can pull a shock, but it's unlikely that it will. If the Spanish could not unlock Canada's defence its very unlikely that they will unlock England's.

England were efficient as ever in their game against Samoa, where they had huge chances throughout, and particularly impressive was their back three, who will be a massive threat given time and space. With Canada to come later this week, Gary Street has rotated his options for this one, but England should still be too good.

Prediction: England to continue their charge

Canada will be the happiest of their group after a performance of rock-like efficiency in defence against a good looking Spanish team in the opener.

It's pretty hard to see Samoa performing as well as Spain did, especially in the opening stages on Friday and Canada should be able to deal well with the huge physicality the Samoans put into the tackle area. Down a player due to the five week ban for fullback Soteria Pulumu, after her horror hit on Natasha Hunt, Samoa will find it hard to live with a super fit Canadian side with the likes of Magali Harvey waiting to pounce on any error.

This could be one of the most physical sides of the day though with both sides among the toughest in the contact area hit wise. Samoa couldn't cope with the attacking tide England threw at them last weekend and their defence will once again be severly tested here. Better shape and organisation will be vital for a side who showed glimpses of potential on day one, despite their heavy defeat - and remember they played most of the game with 14 players.

Prediction: Canada to keep on winning

One of the ties of the round, it will be fascinating to see how Ireland approach this.  New Zealand were far from perfect in their opening match but this will undoubtedly be one of the toughest games the Irish have played in some time.

The two sides have never met but it is Ireland who have improved most in four years, with a dramatic rise culminating in the 6 Nations title last year.  Fitter and stronger than ever before, they have spoken confidently before this game but the key will be how they defend in wider channels against the likes of Kelly Brazier, Selicia Winiata and Honey Hireme who can cause massive disarray in even the most organised of defences.

If Ireland can live with them for an hour, they can cause problems here but it would be a massive upset and I am not quite sure Ireland are ready yet to pull it off.

New Zealand showed some rustiness in the early exchanges of their first game but in a game that was broken up easily, they scored some excellent tries, breaking through at will at times. This will be a bigger test but one they should come through.

Verdict: New Zealand to pull away and win it

France were far from perfect against Wales and in truth it was at times a lackustre performance from the hosts - their final ambitions demand a step up this weekend.

Their insistence in reverting to the driving maul, despite Wales defending it comfortably was frustrating to watch, though it has been such a weapon for them this season that it remains a threat.  With Marion Lievre in brilliant form out wide, they relied on Welsh mistakes rather than creating too many of their own early in the game, but finished strongly and grabbed an important bonus point.

South Africa have suffered a major loss with captain Mandissa Williams receiving a 16 week ban for making contact with the eye of an Australian player and her leadership will be hugely missed. The South Africans are one of the most improved sides since 2010 and later in their game against Australia, showed real talent - whether it's enough to cause an upset here though is hard to see.