Despite the challenges of the pandemic, New Zealand and World Rugby are pressing ahead with preparation for the Women's World Cup, setting out fixtures and plans to deliver record crowds. 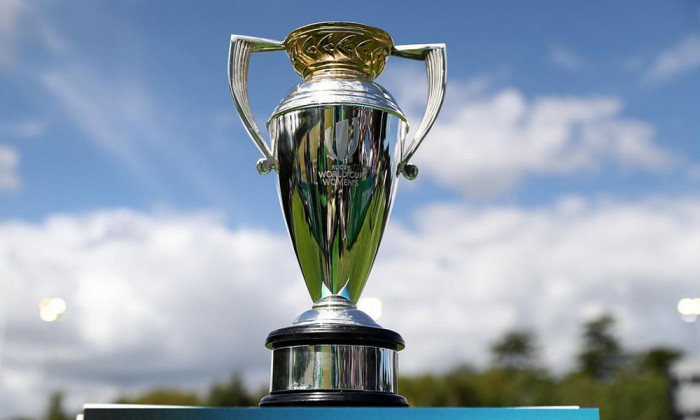 Though it is unclear and is increasingly unlikely that fans from around the world will be able to travel to the event, the organisers are confident that home fans will help sell out grounds,.

Eden Park, venue for the men’s final in 1987 and 2011, Northland Events Centre in Whangārei and Waitakere Stadium will provide stages to draw fans.

The 12 teams will compete across three days of pool matches, Saturday 18, Thursday 23 and Tuesday, 28 September, with games to be played at Eden Park, Northlands Events Centre in Whangārei and Waitakere Stadium.

USA will open the tournament, facing Europe 1 at 11:45 NZT, followed by Canada v Asia 1 at 14:15 NZT in the other Pool B match, with Wales taking on the Final Qualification Tournament Winner at 16:45 NZT to close out day one at the Northland Events Centre.

At Eden Park, France will take on South Africa at 14:15 NZT followed by England versus Fiji – who will make their Rugby World Cup debut – at 16:45 NZT, in the other Pool C match. Hosts and reigning champions New Zealand will bring the curtain down on a thrilling day of matches when they take on Australia at 19:15 NZT.

Australia whose best result has been third place in previous Rugby World Cups, and their first RWC 2021 match against New Zealand – who are hoping to be the first host nation to win the title on home soil – will play the final game on day one.

Fiji, who are in Pool C alongside England, France and South Africa, will face England in their first match of the tournament.

The quarter-finals will include the top two teams from each pool and the two best third-placed teams. For RWC 2021, bonus points will again be in place.

“With less than eight months to go until Rugby World Cup 2021 kicks off in New Zealand, anticipation and excitement is really starting to build for fans and players worldwide. There is a very real, unstoppable momentum building behind the rise of women in rugby now and 2021 will be a year like no other, providing a unique opportunity to continue to accelerate the growth and profile of the sport, as women’s rugby rightly is set to own centre stage this year.”

Rugby World Cup 2021 Tournament Director Michelle Hooper said that with the announcement of the match schedule, anticipation of the tournament and the hotly contested action it will deliver, is expected to build significantly.

“We are so proud in New Zealand to be hosting the biggest women’s sporting event in the world this year. Our team is developing a robust platform on which to deliver an incredible tournament that will draw greater attention to women’s rugby than ever before. For the fans here in New Zealand and the global audience tuning in to watch via the international broadcast, we are excited to have such a compelling and exhilarating mix of match contestants in the opening weekend.

“It will give fans a taste of the excitement from the first kick-off and have them hooked to attend or watch every match of the tournament, in a schedule that promises to deliver an action-packed and intense competition. In addition, several of the participating teams will be playing in the same venues as their male counterparts did during Rugby World Cup 2011, and our local communities are set to welcome all nations back with open arms and provide them with the maanakitaanga of New Zealand and its people.”

The full fixtures are here