World Cups to be celebrated

Scrumqueens.com Editor Ali Donnelly and Dr Lydia Furse have worked with the World Rugby Museum to help develop a new exhibition celebrating the history of the Women's Rugby World Cup. Here they set out why marking these milestones is so important. 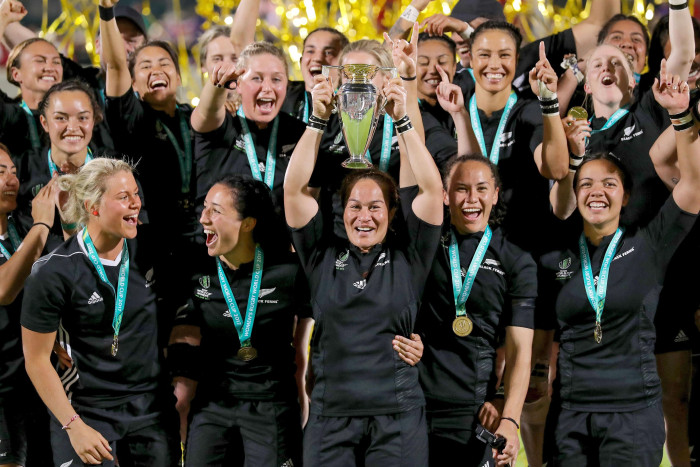 Women’s rugby has a long and proud history, tracing back to the 1800s, with ongoing research uncovering more and more information about the roots of our game.

While it’s exciting that much of this history continues to be unearthed, it’s vitally important that the milestones we do know about are marked and celebrated.

That’s why we were both thrilled to get involved in a new exhibition launching this week at the World Rugby Museum based at Twickenham Stadium.

The ‘In Her Words’ exhibition explores the history of the women’s Rugby World Cups from the first in Cardiff in 1991 to the most recent in Ireland in 2017, while looking ahead to the event in New Zealand later this year.

It is hard to underestimate just how important World Cups have been to the development of the women’s game.

When a group of pioneering women decided that the game needed its own tournament back in 1991, women’s rugby was still in its infancy. The first international game between France and the Netherlands had taken place less than ten years earlier and England and Wales only played their first test against each other in 1986.

Organising the first world cup was a risk, and the women involved at the heart of it all – Deborah Griffin, Alice Cooper, Sue Dorrington and Mary Forsyth, all teammates at Richmond – worked themselves to the bone to get teams there and to host a successful tournament which was won by the USA.

The follow up event three years later in Edinburgh, led by another brilliant volunteer Sue Brodie, was equally pivotal to giving the women’s game unheard of profile and exposure and both competitions helped establish a vitally important foothold for women within the game of rugby itself.

The original plan had been for the second installment to take place in Stichting, in the Netherlands, but pressure from international rugby governing bodies forced its cancellation, a situation abhorrent to the young Scottish team who were determined to test themselves in a World Cup even if it meant organising the tournament themselves.

When World Rugby, then the IRB, took over the running of the event in 1998 at the World Cup held in Amsterdam, it meant the organising burden was removed from voluntary administrators, many of whom were playing in the competition themselves, and in most cases players would no longer have to pay their own costs to compete.

Those early World Cups paved the way for the acceleration of the game beyond recognition, and now there is an expectation rather than just hope that major games will be televised and attract large crowds, and more and more players are able to turn professional.

The subsequent World Cups in Spain (2002), Canada (2006), England (2010), France (2014) and Ireland (2017) have continued to be significant moments for women’s rugby, bringing with them superb competition, brilliant storylines and increasing media coverage.

The exhibition aims to celebrate this through the words of the players and pioneers themselves.

Quotes from interviews and archived newspaper clippings bring the story of how individuals founded the women's Rugby World Cups, those who strived to keep it going and the players whose actions on the pitch give the game such distinction.

The exhibition is designed to honour those who have gone before and inspire the next generation who will be watching the delayed World Cup later this year, and maybe even playing in future events!

For tickets and details of how to visit see here
Tweet