This week we look at the USA, Spain, Germany, Australia and New Zealand - as well as the latest Six Nations news. 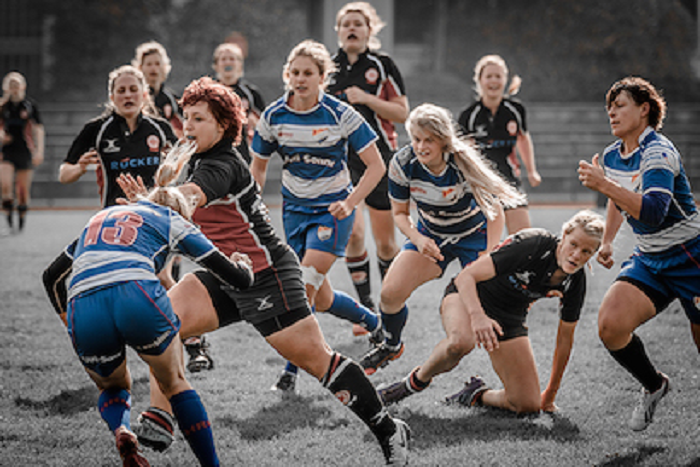 Italy have announced details of their home matches in next year’s Six Nations. As a result we now have details of dates and venues for eight out of the fifteen games:

All other games will take place over the same weekend as the men’s Six Nations fixtures, but dates and venues have yet to be confirmed.

French games will be evening kick-offs, while Irish games will be played in the afternoon. At present we do not have any information about broadcasting or streaming of matches, although all French home games will almost certainly be shown in France by France4, and Sky are very likely to take their broadcast of the England game.

Looking ahead to 2017, England’s home games in the men’s Six Nations will no longer be shown by the BBC. What effect this will have on the broadcast of women’s games in what has become the annual Twickenham “double-header” is at present unclear.

The Central Coast Sevens in Kanwal NSW grows in importance year on year, becoming an essential final warm-up event ahead of the World Series, with this year’s Kinesio Cup tournament is expected to include near-national strength teams from Australia, New Zealand, Canada, USA, Japan, Fiji, Germany and Hong Kong - plus players from the Dutch sevens squad - all competing for a A$15,000 first prize plus invitations to international tournaments in Fiji and Samoa.

New Zealand in particular have announced a near full-strength team for the tournament:

Sean Horan said the tournament would provide a great opportunity for players to gain valuable international game time ahead of New Zealand’s Super Sevens series which kicks off in Taupo on 30 October.

“We're building for a very important season ahead so we’re keen to use this tournament to sharpen our thinking about our game and the squad,” he said. “In particular, this is a great tournament to introduce new players without the huge pressure we'll face later in the season.

Lesley Ketu and Stacy Waaka are the only new names in the squad, while Huriana Manuel returns having not played for New Zealand since being injured in May 2014 along with Lavinia Gould who last played in late 2012

“Lesley's really impressed in the Women’s Provincial Championship for Waikato this season and now has a great opportunity to show us what she can do in the black jersey. Stacy's been training for us for some time and also fully deserves her chance.”

“We’re really excited to have Huriana back on board. We know what she can do so we’re looking forward to seeing her back in action in this environment. Likewise, Lavinia had some unfortunate injuries on the comeback trail last season which ruled her out of the Women’s Series so it’ll be great to see her back in black as well.”

Spain's XVs squad has begun its campaign to qualify for the 2017 World Cup to be held in Ireland in 2017. The Spainish Rugby Federation (FER) has announced that the team, led by José Antonio Barrio, will play three internationals this autumn, against Scotland (November 21) and Hong Kong (on 15 and 19 December) in Madrid.

To qualify for the 2017 World Cup, Spain will need both to win the 2016 European Championship and then beat the sixth-ranted Six Nations Tournament team.

Barrio, with the assistance of the regional coaches, is monitoring the performance of players in the various regional leagues, which kicked off this month, and will annouce a 26-strong squad at the beginning of November to prepare in Valladolid for the Scotland game.

Meanwhile Barrio has also been working with the sevens squad, who this week will be training at altitude at Armilla-Ogíjares in the Sierra Nevada, moving onto training camps in the UK and France next week.

We have looked at the kick-off of leagues across most of Europe in recent weeks, but the Women’s Premier League in the United States is now two-thirds of the way to its conclusion – and this year the competition is tight and getting tighter.

For obvious geographic reasons the eight-team league is divided into conferences. In the Blue Conference just points separate the first- and third-place teams. Twin Cities has clinched the Red Conference, but the battle for second place will come down to the final round.

Current champions Twin Cities Amazons confirmed their place in the semi-finals last weekend with their fourth win from four, in this case a 38-0 win over the D.C. Furies, and this despite travelling with only 16 players. However, the remaining squad was a powerful one, especially up front with captain Stacey Bridges at No. 8 and veterans such as Jamie Zarembinski, Ali Gillberg, and Tiffany Gjestvang leading the pack. Rachel Lentsch moved from scrumhalf to fly – pushing Sylvia Braaten out to outside center while her no. 9 shirt was taken by Debbie Stenoien

“Debbie Stenoien really stepped up for us at scrumhalf, and really controlled the game,” Bridges said after the game. “We were able to stick to our game plan even with the position changes. Rachel Lentsch was able to distribute the ball well to our backs, especially Sylvia Braaten, who had nice lines through the centers and had a great defensive game. Our forwards were able to control possession and put in several tries from lineout mauls.”

The second semi-final spot in Red is now a straight fight between Atlanta and New York after the former’s 26-10 win away to their rivals. On a very windy day, Atlanta got first blood with a try from wing Deshel Ferguson, the first of two tries on the day and, despite New York pulling back with two tries of their own, pulled away in the second half to take the spoils.

“We've been improving every week,” Atlanta inside centre Ros Chou explained. “We are putting a lot of effort into corrective work at trainings and making appropriate adjustments during the match. The second half was extremely tight with a lot of back and forth possession. We scored two more tries in the last 10 minutes, so it was close until the final minute.”

Back in Blue, Glendale Raptors beat Oregon 31-26 to stay on top of the standings - though ORSU still came away with two bonus points, which may be vital in the end.

“ORSU needed this match to stay at the top of the standings while we needed this match to take that top spot back,” Glendale hooker/flanker Jeanna Beard reflected. “They came out with a vengeance! Our defence and fitness were lacking, leading to those back-to-back tries. We lost composure, failed to consistently follow our game plan, and we were tired. We didn't show up in the second half until the latter part.”

Finally Berkeley now lie in second, just a one-point ahead of ORSU in the standings, following a 55-24 win over San Diego in southern California, the “All Blues” getting their bonus-point try as early as the 19th minute.

The WPL take a week’s break before returning for the final two rounds. The league will then be decided by knockout semi-finals and final at “The Nationals” over the weekend of 13th/15th November (venue to be decided).

The German Frauenbundesliga - the national XVs competition - has lost a team for 2015/16. Stuttgarter RC, who finished sixth last year, have dropped down to the regional sevens leagues. leaving just sevens teams in the competition, That aside, little in the league has changed at the top of the league with last year's finalists, champions Heidelberger RK and runners-up SC Neuenheim, already on maximum points and points differences of over 100 after just two games each - though Heidelberger had a tough opening 40 minutes at Rhein-Main last weekend before pulling away to win 38-7. However in third place at the moment are ASV Köln after they reversed a 33-17 defeat to FC St. Pauli at the end of last season with 19-12 win, following on from a 93-0 win at München RFC in the opening week. München themselves - who finished bottom of last year's league with no wins and having conceded over 1000 points - again look like having a tough season, starting with two home defeats, following the 0-93 loss with Köln with a 0-84 defeat to Neuenheim.

Despite having just seven teams, the German league will run until 7th May, with a final on the 14th, and we'll revisit its progress later in the season.