As the New Zealand NPC reaches its climax, club leagues around Europe are kicking off. We look at some of the first results, and also sevens news from Spain and a posible record-breaking varsity game in the USA. 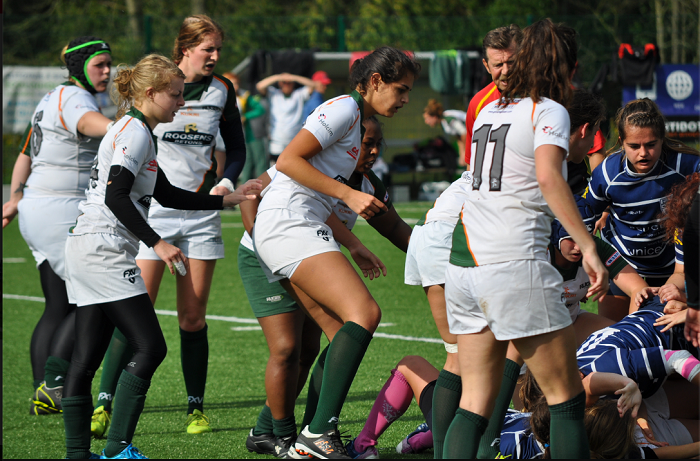 With just two weeks left to play in the Women's Provincial Championship in New Zealand, the race is on for the semifinals.

Last weekend Waikato lost 0-17 to Auckland in the Women's Provincial Championship on Saturday but maintained a one-point lead at the top of the table by denying Auckland a bonus point. However Auckland have a game in hand, and Waikato sit out this weekend.

In previous years these two team would have gone straight into the final, but semi-finals have been reintroduced into the WPC this year (after last being played in 2009), partly because the women’s week shorter this year, only giving time for teams to play six of their opponents instead of all eight. However the result is that teams all down the league have plenty to play for.

As a result the last weeks battle between the third and fourth teams was also of similar importance and the result saw Counties Manukau surrender their third place, going down 12-27 to Wellington, a win that saw a four-try bonus point carry Wellington to three points ahead of them.

Outside the top four, Canterbury have recovered from a truly dreadful start to battle to within two points of a semi-final place. Their surge continued as they beat Hawke's Bay 58-5 (nine different players sharing ten tries), and they are now in equal fifth with Otago who also gained a bonus point in a 41-10 win over Bay of Plenty.  Only Manawatu, Bat of Plenty and Hawke’s Bay are truly out of contention.

The Hawke's Bay are heading to neighbouring Manawatu playing for pride, while Auckland should go top after their game at home to Bay of Plenty, who they have beaten in all five previous meetings.

Spain have finalised an 18-player squad for the first rounds of the World Series. It’s an experienced squad with no new names making the final cut.

After the completion of the Provincials, the club season began in Ireland with the start of the All Ireland League. Defending champions Old Belevedere got off to a 27-7 win over Highfield, with tries from Janice Morrisey, Roisin O’Donnell, Alice Egan and Sophie Spence while Ellen Murphy touched down for the visitors.

Niamh Briggs was on form for UL Bohemians, kicking two key penalties to see her side to a 6-3 win over Railway union.

Blackrock were far too strong for Queens, scoring 13 tries in an 89-0 drubbing against a team that only had 14 starters, seven of them coming from full-back Aoife Tyrrell.

Finally St Mary’s College came out 20-12 winners over Galwegians in a tough encounter.

The first Oxford/Cambridge Varsity match to be played at Twickenham is coming up in a few weeks time, and hopefully it will not be quite as much of a one-sided affair as its American equivalent where Harvard last weekend beat Yale by a record 111-5. 14 players got onto the score sheet for the victors, including former Scotland U19 “freshman” Susie Clements who also took on most of the kicking duties.

A first look at some of the leagues across Europe.

Belgium’s 24-club league also kicked off last weekend. The league is divided into three divisions, with champions Boisfort getting off to a great start with a 61-7 win over Soigines, while the opening day of the top division also saw wins for Gent, Dendermonde and Leuven. However, Boisfort’s efforts were outshone by Brigandzelles who won their opening Division Three game by 70-0 against Standard.

The Dutch premier league – the “Ereklasse” – began the weekend before. In its first phase the eight teams are divided into two pools of four, and each pool is already showing one outstanding team.  RUS from Utrecht began with a 109-7 win away to Delft in Pool A, which will be a concern to RC The Bassets who lost to Delft last weekend an travel to Utrecht this weekend. Meanwhile in Pool B, after a fairly quiet 36-0 win in week one over Utrecht’s other team, Utrechtse RC, Amsterdam’s AAC Rugby ran riot 102-0 against RC Diok.

The Welsh Premiership is also two weeks in, with Llandaff North leading the way with wins over Gwenyfed (24-5) in week one, and Whitland (19-14) in last weekend. As in France once club appears to have dropped out of the eigh-club league – Cardiff Met – leaving something of a hole in the fixture list.

The Scottish Premiership begins this weekend.

*Here at Scrumqueens we would like to expand our coverage of club rugby, so if you who can provide us with a regular summary of any national leagues we’d be delighted to hear from you!