World Rugby are removing the word "women's" from its 15s and sevens Rugby World Cup events as a commitment to "further equality and brand consistency." 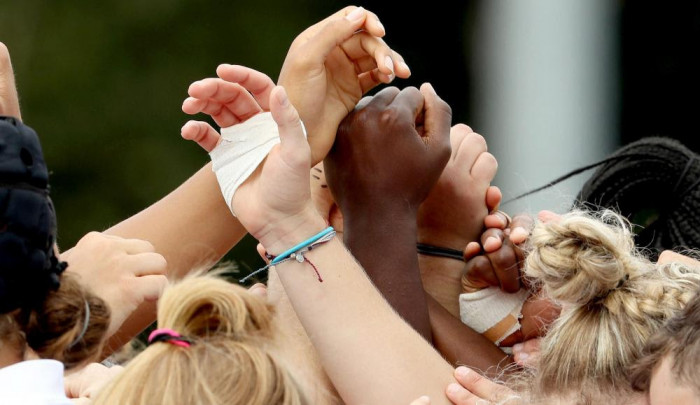 Gender neutrality is a significant issue in sport, and numerous rugby clubs for example differentiate their teams now by using both the words "men's"  and "womens", moving away from a which tradition where the men's events did not have a specified gender.

World Rugby's move is a little different - and is a first for a major sporting federation, and by dropping the women’s designation from the Women’s Rugby World Cup 2021 in New Zealand - that tournament will now be named Rugby World Cup 2021, starting the global roll out.

The purpose is to elevate the profile of the women’s game, while eliminating any inherent or perceived bias towards men’s only competitions and tournaments, which traditionally haven’t specified gender.

The announcement comes after the implementation of  governance reform at World Rugby which has resulted in the composition of the international federation’s Council moving from zero female members to 17 in a little over a year,.

World Rugby Chairman Sir Bill Beaumont said: "This announcement demonstrates our ongoing and unwavering commitment to advancing women in rugby both on and off the field in line with our ambitious strategic plan.

"Unintentional gender bias in sport is an ongoing issue. As a global sporting federation we need to be leading from the front on the issue of equality. By adopting gender balance in the naming of men’s and women’s Rugby World Cup competitions, we are setting new standards in equality in rugby."

World Rugby Chief Marketing Officer Marissa Pace added: "World Rugby is clearly committed to equality in our sport and we decided that we no longer need to identify our marquee events with a gender bias from a brand level. Our three World Cup events are the pinnacle of international rugby and we wanted the focus to be on the event and the athletes, not their gender. We’re very proud to be leading the sports industry in this space."