The pools have been set for the opening round of this season's Women's Sevens World Series in Dubai. 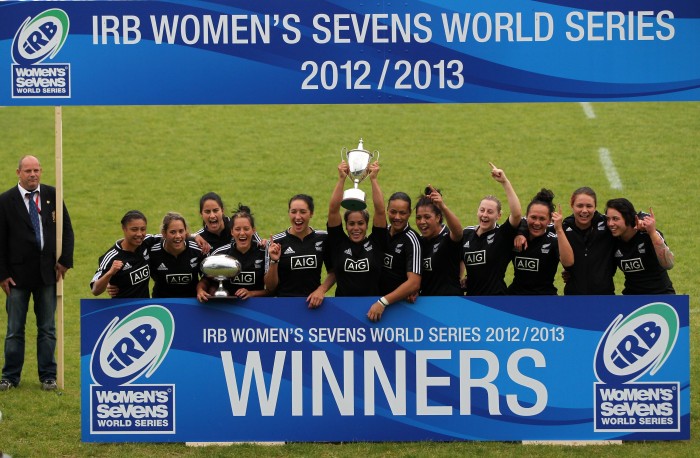 Defending Dubai champions New Zealand will face the USA, Ireland and Fiji in the Pool stages of round one of the series.

New Zealand are the overall defending series champions, as well as the newly crowned World Champions and they will be the side to beat once again but face a tough battle in that pool.

The USA were World Cup semi-finalists, and eventually finished third in Moscow four months ago, while Ireland will be making their Dubai debuts, but finished an impressive fifth in their only World Series event last season, and then made it to the World Cup quarter-finals.

Fiji are one of the four invited teams at the Dubai round of this season’s IRB Women’s Sevens World Series but showed huge ability and quality in Moscow at the World Cup - enough certainly to suggest they are capable of upsetting the more experienced teams.

The women’s tournament gets underway on November 28, with Canada versus France kicking off proceedings at 1pm in a Pool C match. France are another invited team, along with Brazil, who also feature in Pool C, alongside Australia, who won the World Cup in Dubai back in 2009.

The fourth invited team, Tunisia, feature in Pool B, alongside England, Russia and Spain.

"The women’s series gives these nations the rigorous and regular international competition they need to build their programmes as they countdown towards Rugby Sevens’ Olympic debut in 2016.

"Having hosted the first Rugby World Cup Sevens for women back in 2009, Dubai has been a ground-breaking venue for women's rugby in recent times and we are delighted that the same wonderful venue gives us the opportunity to have the finest men’s and women’s players in the world playing alongside each other.”

The first round of this season’s  IRB Women’s Sevens World Series campaign takes place over two days at the Emirates Dubai Rugby Sevens: on November 28 and 29.