World Sevens: The Ferns are back

Although nominally the fifth round of the Women’s Sevens World Series, this weekend finally sees the return of Olympic, World and reigning Series champions New Zealand. 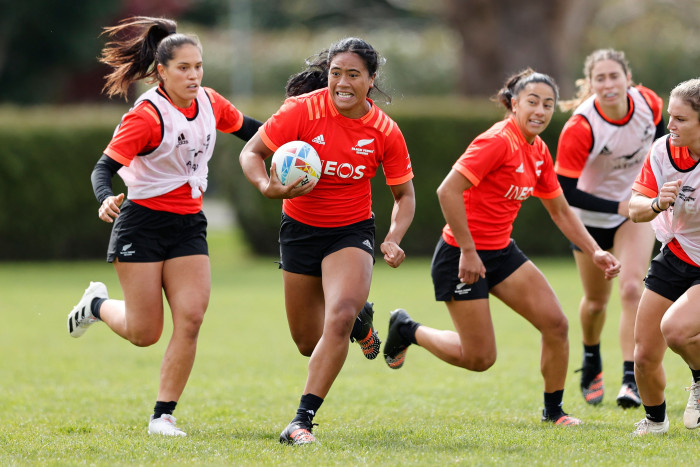 We have had four rounds of this season’s World Series so far, following on from two “Fast Fours” last season, but perhaps only this weekend can we say that the tournament has truly returned with the arrival in Langford of the New Zealand.

It will have been nearly two and a half years – 819 days to be exact – since the Ferns left the field at the end of the 2020 Sydney Sevens, inevitably as tournament winners when they step onto the field to take on England in Pool C.

If that seems a tough opening it is because one result of the Ferns absence is that they come into this event as bottom seeds, which has resulted in the archetypal “pool of death” – England (3rd last time in Seville), United States (winners in Malaga), Fiji (runners up in both Dubai events)… and New Zealand.

Fiji are also making something of a return having had to miss both Spanish legs of the series due to a COVID outbreak shortly before their departure. This resulted in them slipping from second to sixth in the series ladder, and therefore only a sixth seeding which contributed to the deadliness of the pool.

But make no mistake – Fiji are far stronger than sixth. They welcomed a full strength New Zealand squad for a six game series last month and won the series 5-1. While obviously the games will have seen some shuffling of squads, this was no behind-closed-doors hit-out but a high profile series with live TV coverage in both countries.

The United States team are also a serious threat to everyone, and not just the rest of Pool C. They finished fourth in Seville, but only after a titanic semi-final against Australia who they had beaten the previous week in the Malaga final. With Russia not now part of the series, the United States effectively currently lie third and will be expecting to at least reach another semi-final.

Which leaves the team that beat then in Seville – England. For contractual reasons Great Britain played in their place in the opening two rounds, which meant that only eight of the sixteen points that GB earned in Dubai were awarded to England for those legs. As a result, England’s position is also lower than they likely deserve, as illustrated by the third place last time around.

The mayhem that will be Pool C rather distracts of the rest of the event, at least on the opening day on Saturday. Elsewhere Australia and Canada should qualify for the quarter finals with relative ease from Pool A which also includes Spain and Mexico. Similarly, France and Malaga finalists Ireland should find their way out of Pool B with few problems, facing as they do Brazil and Japan.

Who will fill the two “best third” places will be even more of a lottery than usual with the teams in Pool C knocking lumps off each other, though Spain are possible best placed as they can be expected to win well against Mexico.

All we do know is that Langford is going to be unpredictable and exciting all the way.