WRU under fire after Swansea disband

The collapse of one of the strongest women's rugby teams in Wales has led to criticism that the Welsh Rugby Union is not doing enough to support the women's game. 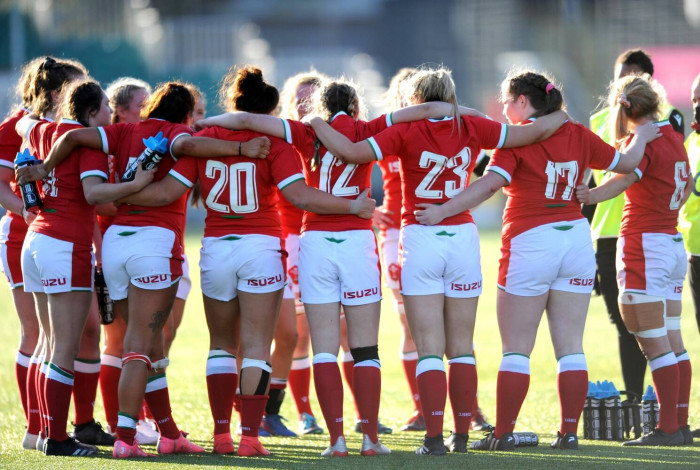 The Welsh Rugby Union’s decision to encourage current and hopeful Welsh players to go and play club rugby in England has backfired, with one of its most successful and powerful clubs disbanding due to a lack of players.

The WRU last year encouraged players to play in the Allianz Premier 15, but clubs in Wales say there was limited support in place to help them replace those who had left and no proper pathway to keep top players playing in Wales, with Swansea Women announcing this week that they had folded.

Swansea, a former powerhouse of the women's game in Wales, said they had lost more 10 players to the English league and with others naturally moving on, that they had no choice but to disband.

The announcement sparked dismay in the Welsh women's game with Welsh captain Siwan Lillicrap saying, "Gutted for many reasons. Many fond memories playing in white, from the early days moving to St Helen’s, being double champions & playing with some of my besties. Just to name a few. Thinking of everyone it’s affected & truly hope everyone still manages to play the sport we love."

Former Swansea player and current Welsh international Robyn Lock added: “I captained this side. I didn’t want to leave but as players we weren’t given much choice. This is NOT OK! The more that fold the less impact women’s rugby will have in Wales!” while ex Wales wing Caryl James was also fiercely critical telling the BBC, that the situation had reached a “catastrophic point.”

Welsh player Georgia Emily Evans who plays with Saracens added: "We want to play our rugby in Wales, in the clubs that made us, that moulded us. I'm scared that eventually we won't have a home to come back to.”

The WRU defended itself, saying it was unfortunate that the team could not carry on but that there was enthusiasm across the game in Wales and citing a 20% increase in player registrations for women.

It added: “To help restart community rugby in Wales, we are currently going through a recruitment process to increase staffing, including additional specific roles to grow the female game; and we will be running an eight week programme of female skills development centres from U12s to U18s around Wales during the autumn along with senior Talent ID days.”

The WRU also said it has supported Swansea and other clubs to replace players, but that is disputed by those involved.

The news adds to a litany of bad news from the WRU in relation to the women’s game. Wales women’s head coach Warren Abrahams has just left his post after nine months and a dismal Six Nations campaign, while earlier this year, former test star Rachel Taylor also left her post as Wales skills coach.

A performance review into women’s rugby is ongoing in Wales with findings expected to have been published in June.

Former Welsh player Gem Hallet, an outspoken critic of how the WRU has handled the women's game over the past decade, said the situation highlighted the WRU's ongoing mismanagement of women's rugby, something she set out on this post earlier this year.