It’s been a quite spectacular year for women’s rugby, with a first ever appearance at the Olympics exposing the game to millions of new fans around the globe as Australia charged to victory. Here Ali Donnelly chooses our Top 10 highlights of the year. We have also published our year in numbers which you can read here 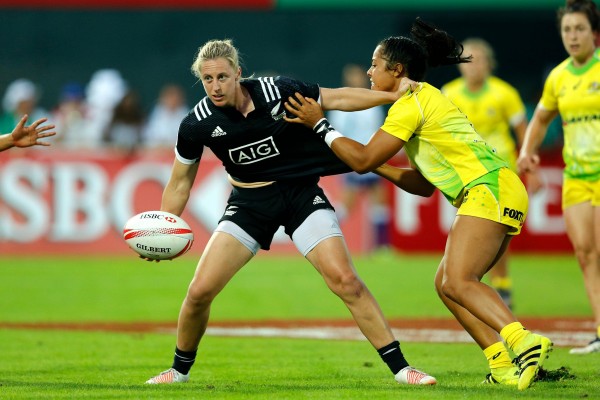 Only one winner for “the” moment of 2016. But well, before this year, the prospect of Olympic rugby had changed the face of women’s rugby. There was the huge investment poured into 7s; the first ever professional women’s rugby sides; a new Women’s World Series and the growth and rise of non-traditional rugby nations like Russia, China and Brazil. The Olympic were fast and physical and the women’s tournament featured super-fit athletes who won fans all over the world.

While much has been written in recent years about the game-changing contracts given to 7s players, few of us reckoned with the prospect of 15s players being afford the same opportunity. So when England announced that it would give fulltime contracts to its 15s squad to prepare for the World Cup next summer, it was an excellent surprise. England have long been the trailblazers for investment into its women’s squads so it is fitting they have taken this first step.

3 The rise of Spain

Amid everything else, the Spanish story has gone rather under the radar this year, but they have had a stunning 12 months – qualifying both for the Olympic and the World Cup, and rather against the odds. In qualifying for Rio, the Spanish team, led magnificently by the brilliant Patricia Garcia, had to contend with the overwhelming favourites Russia and the hosts Ireland in Dublin. With that hurdle overcome, Spain finished a very credible 7th in Rio before turning their attentions to the Europeans, which they hosted and won, and then the World Cup qualifiers with Scotland – where they won both games. A dream year.

With the World Cup looming, perhaps it was no surprise that this year was the busiest ever for autumn tests. Since October, we have had the fullest worldwide sequence of matches across 14 international teams who played in 18 matches (16 of them full tests) across seven countries, with games taking place every weekend and some midweek. With England already announcing a three-test series for 2017, long may this trend continue.

One of the only disappointing aspects of the 2014 World Cup was the demise of New Zealand. While the Black Ferns had not become a bad team overnight, other sides had caught up and their lack of regular test rugby eventually took its toll on their ability to get themselves out of a tight match – most notably against Ireland. So for the neutrals, New Zealand’s slow and steady return to form has been heartening and it means that next year’s World Cup promises to be even more competitive.

One of the saddest things about women’s rugby is how lost so much of our history is – it remains one of the driving forces behind the existence of this website. So it was with some delight that we reported on a Remembrance Day game where Wales played a UK Forces XV at Cardiff Arms Park in an incredibly appropriate fixture, 99 years after the first. You can read more about it here

It’s always good news when developing rugby nations begin to implement test match programmes but it’s even better when previously active nations take up the baton again. This year saw returns for numerous sides at 15s level including Fiji, who were ultimately unsuccessful in their attempts to qualify for the World Cup. Germany also made a test match return while Sweden have been reforming their 15s programme with a view to playing test next year. Papua New Guinea played their first test, becoming the 62nd national team to play test rugby, and the first new team since Namibia and Botswana played the first (and still only) test in 2013.

Clark became England’s most capped rugby player when overtaking Jason Leonard’s total with her 115th cap in the 12-10 win over Ireland in November and in the next match against New Zealand she became the world’s most capped woman, having overtaken the career aggregate of her director of rugby at Worcester Valkyries Donna Kennedy, who made 115 appearances for Scotland before retiring from the game six years ago.

A massive achievement and a record that will be hard to match .

The signing of a $100m (£80.5m) deal with World Rugby that involves a professional league, university programmes and grassroots initiatives in China earlier this year rightly raised eyebrows.  With money also being earmarked to promote the women's game in China, it does not seem far fetched to suggest that China, a team that for now has stuttered and started in the women’s 7s world, will be “the” team to watch in the years ahead as their investment takes hold .

On Scrumqueens.com, we have long campaigned for women to take their rightful place in World Rugby’s Hall of Fame. It has been a slow burner but with two new inductees this year (Maggie Alphonsi and Heather Moyse – the latter a rather surprise inclusion) slowly but surely we are getting places. There are now eight women in the Hall of Fame out of 132 – so let’s keep banging that drum.