Last December we came up a with a wish list of seven things we hoped to see in 2017. A year later, what progress has been made? 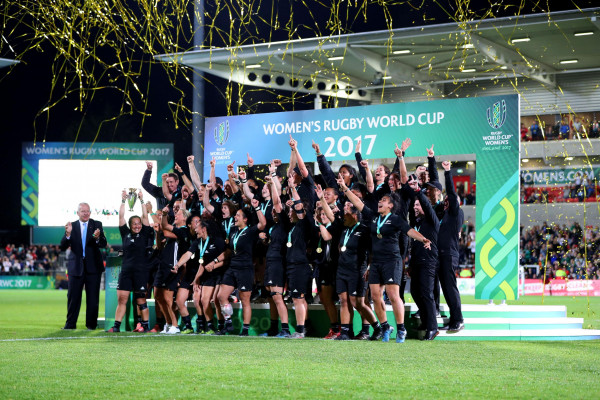 When we drew up our list this time last year we knew it was ambitious. It mainly aimed to highlight areas where the game needed to improve. Progress in one or two would have been good, but after an amazing year what do we find when we revisit that list?

Well, we certainly got that! Probably the best, highest quality and most competitive final ever climaxed a tournament full of great rugby that, given live free-to-air TV coverage in more countries than ever before, plus a free live stream of every game, attracted record audiences and remarkable press coverage. Suddenly the leading players were becoming well-known names, and the outcome of the tournament was discussed even by people who normally had little interest in in the game.

Such coverage is a two-edged sword, with raised expectations and a greater audience bringing with it a more forensic form of criticism, as hosts Ireland in particular discovered. But if the game is to develop, players, coaches and unions will have to get used to it.

There have been major strides forward in this area. Admittedly only in Europe have we seen concrete progress, with eight countries from outside the Six Nations taking part in two “divisional” tournaments – Championship and Trophy – in 2018, meaning that 14 European countries will be playing competitive test rugby next year, the best for a decade, and despite this being Sevens World Cup year.

Oceania Rugby have also confirmed to us that there will be a Pacific test tournament this year, only the third ever.

Beyond that, while we have seen nothing on the field yet, World Rugby has made an unprecedented series of commitments to develop test rugby around the world, including in South America where they have previously shown reluctance to develop the XVs game. Hopefully we will start to see the results of that in 2018.

Overall the year has ended with lovers of test rugby in far higher spirits than we started it.

Again nothing much on the field yet, but again a commitment by World Rugby to develop exactly such a series, so again we will be watching with interest in 2018 to see if the words become action.

A distant dream a year ago, but now? We have seen the Spanish and Portuguese unions show the way, and the RFU have admitted to at least informal discussions with the FFR about at least a two-way challenge, so the wind is in the right direction on this one when a year ago there was barely a noticeable breeze. An exhibition fixture between the English and French champions would not be a surprise in 2018.

Ups and downs on this one. The inability of the Six Nations Committee to find a new sponsor seemed to result in a last-minute deal with old sponsors for extension of the deal for an extra year, and again the exclusion of the women’s championship.

The positive to come out of it, however, was a social media backlash (in which Scrumqueens played a part) that clearly took 6N Committee by surprise. Their subsequent rushed announcement of an attempt to find a women’s sponsor seemed a bit of a face-saver, and has not come up with anything yet (hardly surprising given the lack of time they gave themselves), but the overall result must surely be that this will not be a mistake that will be repeated?

Minimal progress on this one. Turkeys would not vote for Christmas, and it is maybe no surprise that in 2017 the members of the Six Nations Committee firmly shut the door on any attempt to threaten or dilute the membership of their privileged club. It is also unfortunate that Spain’s attempt to organise a parallel Four Nations foundered on the inability of their likely opponents to meet the costs, though it did kick-start the revival of the European Championship (see above).

Spain also demanded during the year that – if the Six Nations will not let them join the club – at least membership of that club should not give privileged access to tournaments like the World Cup. 2021 is a long way away at the moment, and we (and come to that World Rugby) have no idea whether the qualification process will be amended. In the past fairness has foundered on the rock of cost – it’s just much cheaper for WR to use a pre-existing tournament like the 6N (however closed) than organise something extra which would, they would probably say, end up with pretty much the same outcome. Will that change? The answer may depend on the state of WR’s finances come 2019.

An end to geoblocking

The frustration caused by the geoblocking of online streams of World Rugby tournaments continues. Most TV experts already agree that streaming makes little impact on TV audiences – some even suggest that the extra social media “buzz” it creates even builds audiences – so geoblocking any live feeds just because it is available on live TV seems at least questionable.

But the fact is that it still goes on even when tournaments are not being shown live on TV, especially in the World Series where (for example) much of the recent Dubai sevens was blocked in Africa despite the rights holder, Supersport, having apparently no intention to show any of the tournament, either live or recorded.

That was not an isolated incident. To take but one other example, England fans could not watch their team on the second day in Sydney because rights holder - Sky - intended to show a highlights package later, and despite that highlights package showing nothing of any of England’s games.

Is this really such an impossible problem for World Rugby to sort out?

World Rugby’s eight-year plan gives us a pretty good road map for the next few years, so looking ahead there is less crystal ball gazing and more looking for progress by WR towards their targets.

Nonetheless, we can perhaps hope for…