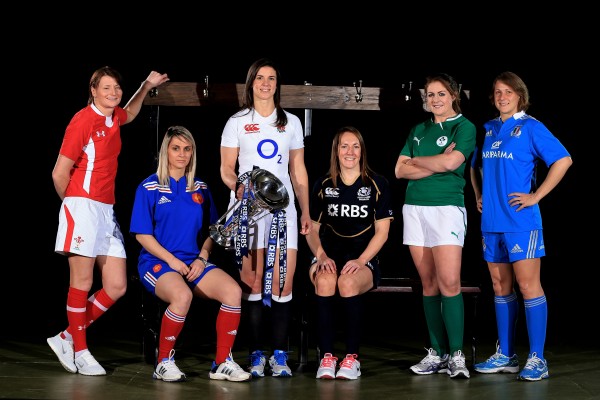 Ireland
A glorious campaign that ended with a Grand Slam, this will be a season to savour for Ireland.  One of the most improved sides in this competition in recent years, 2013 always felt likely to be Ireland’s best chance of winning the tournament. With France and England at home at their favoured venue in Ashbourne, and with England travelling with an eye on Sevens, there was a keen sense of now or never for Philip Doyle’s charges, and led by the experienced trio of Fiona Coghlan, Joy Neville and Lynne Cantwell Ireland truly delivered when the pressure was on. A shaky start to Wales was followed up by a superb display over England at home and while Ireland had to battle hard in Scotland, they then pulled through an incredibly tight game to France in front of a huge home crowd. The final game against Italy was as dogged as the ground was muddy but it mattered little when Coghlan finally got her hands on the title.  What’s key for Ireland is that this is not the last time we see them playing in 2013. The IRFU must exploit this moment and get their national side playing far more regularly. Sevens will be the priority in the lead-up to the World Cup this summer but we simply have to see Ireland playing in the Autumn.
Key player:  Lots to mention but there was no better fullback in the tournament than Niamh Briggs whose assured goal kicking was also key.

France
Despite finish runners-up, France are hugely disappointed with their 2013 campaign. Captain Marie-Alice Yahe was blunt in her assessment saying:  "This is a failure. We wanted to win the tournament." French chances were dealt a blow with their opening defeat to Italy, played in terrible conditions, though in their assessement the team was unwilling to use the conditions as an excuse, or the loss of Aurelie Bailon days before the game. Despite the defeat France could still have won the competition but they slipped up against Ireland who thoroughly deserved their  battling win.  However, Yahe is possibly being a little hard on her team. The loss of Bailon at the worst possible moment was a huge blow, requiring them to promote Jessy Tremouliere from 15 to 10 before the young star was ready to take on the responsibility. When Bailon returned fully fit against Scotland, France looked devastating. In addition three away games - including both Ireland and England - made a challenging fixture list, and the win at Twickenham will live long in French memories.
Key players:  Julie Billes and Aurélie Guiglion are young, and relatively new to international rugby and both showed well in terms of attacking play and confidence.

England
A tough campaign for England ended with a battling narrow win over Wales away from home. With a focus on Sevens this year, a 6 Nations title was always going to be a huge ask for Gary Street’s side this year. While there will have been huge disappointment to lose back to back games to France and Ireland, including losing a great record at Twickenham, it’s not hard to imagine that in the long term, this season’s experiences will only make England stronger, while some newish faces have also stuck their hands up for the future including Sally Tuson, Amber Reed and Hannah Gallagher. England are heading into one of their busiest ever test seasons and Street will take a development side to the Nations Cup this summer, returning to most likely another three tests in the Autumn after a series against New Zealand. Despite this season’s difficulties, England will come back next year stronger than ever.
Key player: Amber Reed. In a very inexperienced back line, Reed was a strong midfield presence and has done her future prospects no harm in this tournament.

Wales
While Wales delivered on their key aim this season – qualifying for the World Cup – there must be a real sense of “what if” for this talented Welsh side. Packing a real punch up front, Wale were a whisker away from beating Ireland on the opening day, and leaked a late try on the last day to lose out to England having led going into the final minutes.  Despite real disappointment with their performance away in France, there is much to be positive about for Wales who have a year to continue to develop this squad going into the 2014 World Cup.  Though nail-biting, Wales also showed some calmness under pressure this year, coming through a vital game with Italy away from home and some young talent has also shone through with Rebecca de Filipo really finding her feet in the midfield, and Sioned Harries also playing a big role in the backrow. Elinor Snowsill has also come through the Wales U20 setup and has progressed very well as an international fly half.
Key player. Flanker Sioned Harries was on top form in this 6 Nations. The 23-year-old has become a vital player for her country since making her debut in 2010.

Italy
Although they again finished fifth again, with two wins, Italy were very happy with their campaign which came within a single point of being a sensation when they narrowly lost to Wales. That win would have seen them through to the World Cup, but instead they must travel to Madrid next month - though they will travel full of confidence. Though arguably aided by the conditions (almost every Italian game was played in mud and rain) what was particularly impressive was the strength of their defence. Apart from the first half against England, where they very untypically leaked five tries, it ensured that Italy were always competitive. They were able to hold on to their a small lead to defeat Scotland and France, and against both Ireland and Wales were in the hunt for victory until the final kick of the game.
Key player: Flyhalf Veronica Schiavon was again their leading scorer. Her ability to remain calm under huge pressure was key to their win against France, broke the deadlock against Scotland, and nearly produced a sensational result against Ireland.

Scotland
Another tough campaign for Scotland saw them finish bottom of the table and they will head to the European Qualifiers to attempt to get to the World Cup next summer. Two 76-0 sorelines (to England and France) will not make pretty reading for Scotland though there were definite signs of progress in games against Ireland, Wales and Italy.  Poor weather did not help their cause in a handful of games but Karen Findlay’s charges must hold onto the positives from their tighter games.  It comes as no massive surprise that Scotland are one of the sides looking for changes to the format of this tournament as they seek to move forward in terms of competiveness. Scotland will face a tough challenge in aiming to qualify for the World Cup in Spain.
Key Player: One for the future perhaps but youngster Jade Konkel made a huge impact in her debut season, forcing her way the starting team after a first appearance off the bench. Her hard tackling was very impressive.