Horan: NZ will only get better

Following New Zealand’s success in both Amsterdam and in the overall IRB Women’s Sevens World Series, we chatted to head coach Sean Horan. 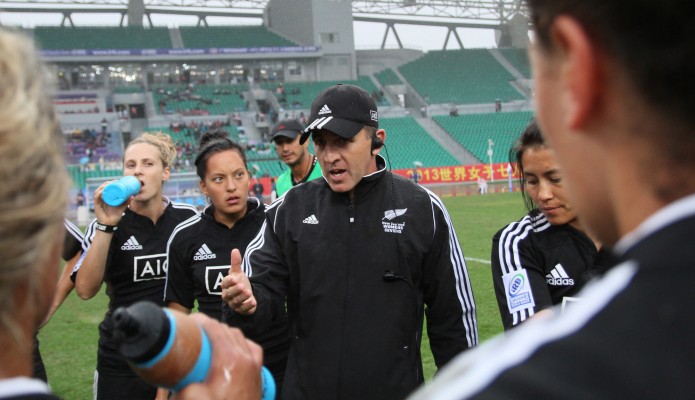 New Zealand won three of the four legs of the first ever World Series this season, but Horan says that despite his side’s impressive form, nothing can be taken for granted going into the World Cup in Moscow.

“The World Cup is going to be a different tournament to the World Series. It’s a one off tournament - unlike the series, where you have your ups and downs. You have to take the World Cup game by game. We’ll go back to New Zealand now and enjoy the win, and then put it away and then move on and try to progress.”

Horan, like many of the core sides involved in the Series, has used the increased tournament time to test a whole range of players – and also introduced cross transfer athletes to good success.

“Throughout the series we have been blooding new players – we have used 29 players over the four tournaments," he added.

"We have a core bunch, but we’re always adding three, or five, or six new faces every tournament.  We gathering experience and gathering depth for our game. For example, out of the starting team for the final four came from other sports – Portia Woodman and Kayla McAlister are from netball, Tyla Nathan-Wong is from touch, and Honey Hireme is from league. So we have been lucky with our programme of bringing new player s in from other sports. It’s working well – it’s an Olympic programme – its growing.”

“This is a separate squad from the 15s, apart from maybe Kelly Brazier and a couple of other from fifteens that we may throw in there. We are a bit different to others,  because we have players here who are new to the game and specialists in sevens.”

Horan also believes that success will be a major catalyst for further growth in New Zealand.

“The women’s game is growing well in New Zealand. Success on the field is giving us more exposure and we have a pretty good regional base now. We have many more Sevens teams playing now, a lot of tournaments – nationals, regionals and so on. Media coverage is also improving at home. It’s one of those things though – we are competing against professional rugby players in the men’s game and New Zealand is a rugby nation. But the longer we are in the game, the more experience we get, the more success and exposure we receive, and after this weekend I am sure they will be talking about us a bit more.”

With changes likely to be made to the World Series for the second year next season, Horan reflected on the success of year one.

“The series as a whole has been a learning experience. It’s been open to trial and error with venues and organisation. In the end we are happy to go anywhere – we just want to play rugby, and as long as the tournaments continue we’ll get better and the game will get better."

"We just want to play rugby, and as long as the tournaments continue we’ll get better and the game will get better."