The letter written by former and current Irish women's players demonstrates both the scale of the problems in Ireland, and a clear trend of sportswomen finding their voice. 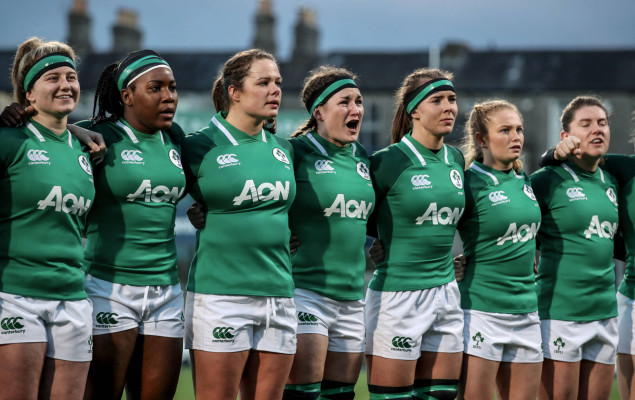 The letter sent to the Ministers who oversee sport in Ireland by a group of current and former Irish women’s rugby players is one that should never have had to be written.

It reflects however a significant and alarming breakdown of trust between the IRFU and the country’s top players and is part of a trend across women’s sport where female athletes are no longer afraid to stand tall and use their voices – despite fear of repercussions.

It is significant that well over 25 of the current Irish team are signatories, including the most recent captain, something which suggests probable deep dissatisfaction both with the environment the national programme is operating in and an overspilling frustration that the players were not being listened to.

The additional inclusion of more than 30 former players, including several highly influential leaders and captains, highlights in tandem that the challenges between those who have been exposed to the elite game in Ireland and those who are paid to run it, are very deep indeed. In short, this really is not about what’s been happening on the field recently.

I will not attempt to run the ruins over the IRFU’s poor handling of the women’s game, a story I have written countless times before, but I found their reply ill-advised, distasteful and telling.

Rather than a genuine attempt by those in charge to understand what has compelled their top players to hit the nuclear button – an act they will not have taken lightly – the union has opted to wage a PR battle to try and dampen down the reputational damage.

If any good is to come of this, the government intervention needs to encourage the IRFU to wake up and see the women’s game - especially top end 15s rugby - as a growth vehicle – one that can drive participation at all levels and make it money. Relations need to be repaired before we even get to this but that is the crux of the issue.

In many countries, the growth of men’s rugby has peaked or is at least plateauing, and the women’s game represents the most important avenue of potential new revenue and playing numbers. It is somewhat remarkable that so few unions see this and therefore baulk at the type of investment and commitment needed now to reap the rewards later.

If the IRFU can do that though, and if the next steps (despite the union’s condescending opening gambit) can be handled carefully and strategically by the Ministers and their teams, we could still see the sort of change needed to run a successful and burgeoning game for women and girls.

Crucially this means building a deep understanding of the intricacies and unique nature of what it takes to support women and girls, and not simply the mirroring the structures that exist for men and boys and then acting surprised when that doesn’t always work out.

That insight is sadly lacking among far too many top women’s programmes, and it is increasingly clear that the environment in which many women’s sports operate in does not work in favour of getting the best out of them. (It’s also clear that far too few women are included in the decision making, coaching and governance of sport but that is a debate for another day.)

We’ve seen this in the US recently with an avalanche of complaints about how women’s soccer players are being treated and in New Zealand recently with issues being raised relating to the mental wellbeing of players on a recent overseas rugby tour.

This is the rock and the hard place many governing bodies find themselves between.

Where once female athletes were grateful for the few opportunities they were given and the comparable meagre investment into their game, now players have their eyes wide open as to what constitutes fair and proper treatment and what actually works to help them to succeed.

Sportswomen have increasingly been finding their voices to speak out about what they consider to be poor leadership and a lack of understanding about the structures and systems needed to grow their sports.

Women’s rugby has been somewhat behind the curve on this, but players are increasingly willing to speak out.

In Wales, the intervention from a large group of former players and captains has been a key catalyst for change, which has included the introduction of some full and part-time contracts. In New Zealand the introduction of Women in Rugby Aotearoa has started to surface debate on significant issues there on contracts and player wellbeing; and in Canada some 37 players joined forces earlier this year to speak out about alleged ill-treatment.

There is real power in this unity and we are going to see more of it, but as ever, what is deeply frustrating, is that athletes so often have to do this while they are still playing and when their focus should only be on performance.

It’s exhausting and unfair and if it seems churlish to point out that men never have to do this – it is a simply a fact.

We ask so much from our top players, the very least we can do now is listen to them.

"Where once female athletes were grateful for the few opportunities they were given and the comparable meagre investment into their game, now players have their eyes wide open as to what constitutes fair and proper treatment and what actually works to help them to succeed."