Yesterday we looked the IRB's carefull worded claim that there are 1.5 million women and girls "particpating" in rugby worldwide - why some “unregistered participant” statistics are so high, particularly in some countries.

Today we'll look at where the players really are, how many there are - and whether having a large player base guarantees success. 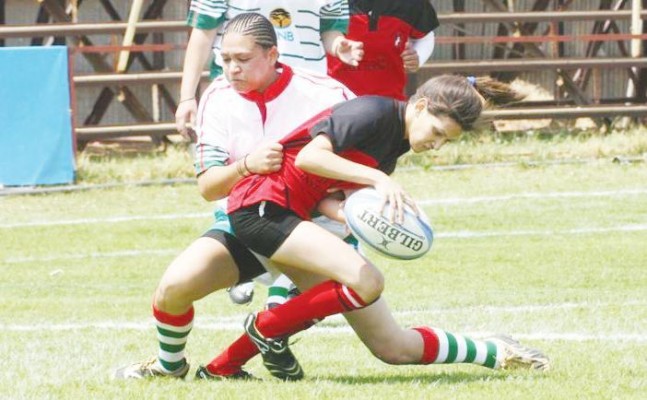 Yesterday we looked at why some “unregistered participant” statistics are so high, particularly in some countries.

It should be said at the start that this does not mean that all “unregistered participants” are not actual rugby players. An increasing number of schools in England (and the USA) do have competitive teams, and many university students are also unregistered, often because student (and school) rugby is not directly administered by their rugby union so there is no requirement to register. However, it is clear that the vast bulk of the 1.5 million figure quoted by the IRB are not rugby players, in the accepted sense.

This is not to dismiss their importance entirely. They are all girls and women who have at least been introduced to the game and have the potential to join a club and take up the game, and perhaps one of the problems caused by including them in headline statistics is that this potential may be being missed.

Unions in receipt of public funding will have targets, and these targets will often be based on participation data (which is one reason why the data does get inflated). However, this means that if a girl is already included in a union’s “unregistered” participant count there is no incentive to turn her from “unregistered” to “registered” – such action would not increase the overall totals. Instead it is much easier for a union, with limited resources, to meet its targets to grow participant numbers by getting rugby into school curricula, promoting informal touch and tag initiatives, or anything that gets people to throw a rugby ball about.

At one level there is nothing wrong with this - increasing interest in rugby, and increasing the number of people taking any form of exercise are both worthy causes – but it does little to increase the number of core players playing 15s or 7s week in, week out and results in apparent contradictions of Unions boasting growing participant statistics while their coaches complain about falling player numbers.

It also leads to incorrect perceptions about how strong the game is in some countries compared to others, and may make that game seem far stronger in some territories than it actually is. For example the assumption is always made that England has by far the most women players – but is this really true?

Fortunately, since 2013, the IRB have been collecting separate “registered” and “unregistered” data and it is now possible to focus just on the numbers of players who in each union who are registered by their union. This in itself is not perfect – as mentioned above it ignores student players in most countries – but also the methods of registration vary. Every French player (for example) has to obtain (and pay for!) a new “licence” every year, which means that their data is very accurate. This is very different to some other unions where registration is free, and once a player is registered with a club there is no incentive to deregister them if they cease to play.

However, bearing those limitations in mind, table below shows (for the first time) the number of registered adult women players in all 102 members of the IRB that currently have female players. In total there are 67,161 registered adult players worldwide – and 178,906 players of all ages

The total number of unregistered participants is given, as an illustration – and also to perhaps illustrate which countries are best placed to increase their player totals by turning them into registered players.

Finally the table includes the current ranking of each country – taking into account both 15s and 7s (using the same methodology we used in November). As can be seen, to an extent countries with larger pools of adult players unsurprisingly perform better on the field, with the largest seven unions all featuring in the top ten.

However some countries do particularly well on apparently small player bases. New Zealand – with fewer than 1000 adult players – rank first overall, when 15s and 7s performances are combined. The Netherlands and Spain also significantly out-perform what might be expected, both gaining a top 10 rankings despite having only 723 and 1160 adult players respectively. Other countries punching well above their weight include Russia, Japan, Kazakhstan, Sweden and Fiji.

Countries performing significantly worse than the size of their player base might suggest include Columbia, Tunisia, Germany and above all Sri Lanka - the 12th largest women’s union – who rank only 57th, below Malaysia despite having 20 times more players.

Some countries do particularly well on apparently small player bases. New Zealand, the Netherlands and Spain significantly out-perform what might be expected. Other countries punching well above their weight include Russia, Japan, Kazakhstan, Sweden and Fiji.