Form means a lot coming into a major tournament like the World Cup. But can it predict success? We’ve crunched the data for all of this century’s tournaments and come up with one predictable World Cup finalist… and one, perhaps, less so. 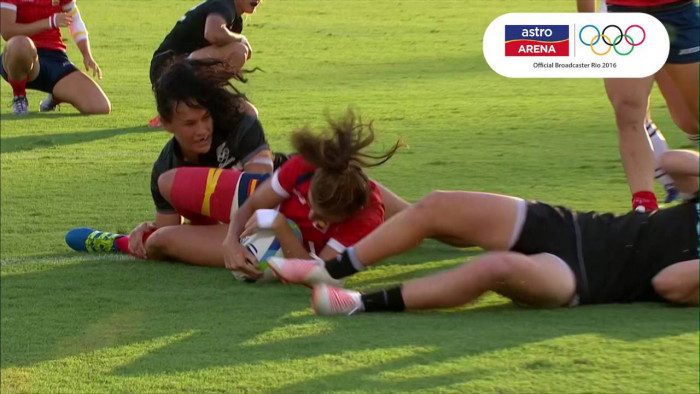 They've had memorable meetings at sevens - are they due a piece of history in 15s too?

The warm-ups tests are over. Discounting from the non-test game between England A and Spain next Saturday (12.00 KO, Brunel University) the next test match will be the one that launches the World Cup – England vs Spain at the UCD Bowl on 9th August.

The top ranked team, based purely on results, in the past three years – and leaving aside two teams who only played once in the last three years, only one team has a 100% record – are Asian Champions, Japan:

However, this is not unusual. Asian Champions Kazakhstan came into the 2014 World Cup with a 100% record, and in 2010 the same team had the third best record among the qualifiers. Unfortunately for Asia, despite these impressive pre-tournament records, the Asian Champions have never finished better than 8th.

Nevertheless, form does seem to predict one thing. The team going into the tournament with the best record have won the World Cup – apart from 2006 when England had the best record, but lost in the final to New Zealand.

Which would suggest that New Zealand will be playing for the title in around six weeks’ time.

But who will they play?

Perhaps predictably it has almost always been the non-Asian team with the second-best pre-tournament record - except in 2014 when France could only finish third (and it took a moment of Canadian brilliance from Magali Harvey to defeat history).

Thus, this all not only suggests that New Zealand will win the 2017 World Cup – but they will do so beating… Spain in the final. Or, at the very least, Spain will reach the last four.

And the other semi-finalists? Harder to say – but in this century’s world cups either the third or fourth “in form” team has made the semi-finals (but only once both), so a good run for either England or France.

Or can you prove anything with statistics?