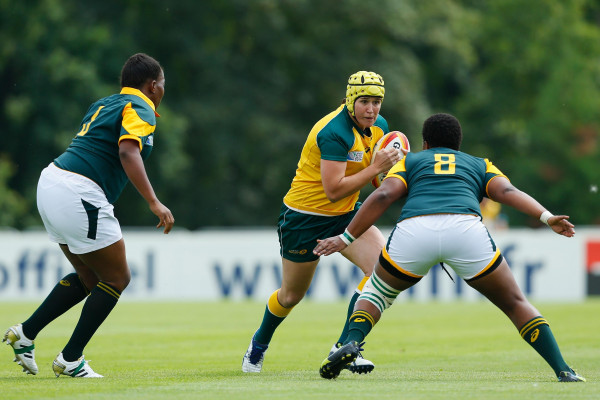 In a nation where sevens success has become the dominant story within women’s rugby, Australia’s national XV programme has unquestionably been pushed down the pecking order.

As Olympic champions, the Australian Sevens team have rightly generated major interest and exposure down under, and while of their two gold medalists - Shannon Parry and Sharni Williams - will be in Ireland for the World Cup, with just five test matches under their belts since the last World Cup, it would not be a surprise if Australia failed to improve on their 7th place finish last time out, especially given just seven players in Ireland have caps that go into double figures.

However their recent record is a little misleading. In their five tests since 2014, Australia have played the top three sides in the world, playing New Zealand in three of them, so while the 100% loss ratio may look bad on paper, Paul Verrell may well feel that his side are well placed enough for the challenges of Ireland, France and Japan.

Williams and Parry add huge experience of big occasions to the side and Verrell has nine players with World Cup experience in the squad.

And while they may be light on recent test experience, the Australians are nothing if not resilient when the going is tough - with Mollie Gray being a case in point. The forward suffered a horrific knee injury in February with damage to her ACL, PCL and MCL as well as a dislocated kneecap and cartilage damage and has battled her way remarkably back to fitness in time for the World Cup.

Verell has also unearthed some strong talent in recent years with the likes of New Zealand born  fly half Fanella Hake showing good form against her nation of birth earlier this year while sevens flier Mahalia Murphy should prosper given space and time on the ball.

Speaking back in Australia in the lead up to the World Cup, Verrell has been clear that her side are targeting Ireland in their opening match - a game that has now sold out.

“There would be nothing better than for us to knock off Ireland in the first Test and I definitely think that will be well-received back here in Australia. This is one of the best preparations we’ve had and there is no excuses for us.”

But Ireland, even without captain Niamh Briggs, should have too much experience for Australia over 80 minutes, and while they have  varied threats out wide, their set piece struggles over the summer suggest France too should have too much nous in the tight exchanges for them.