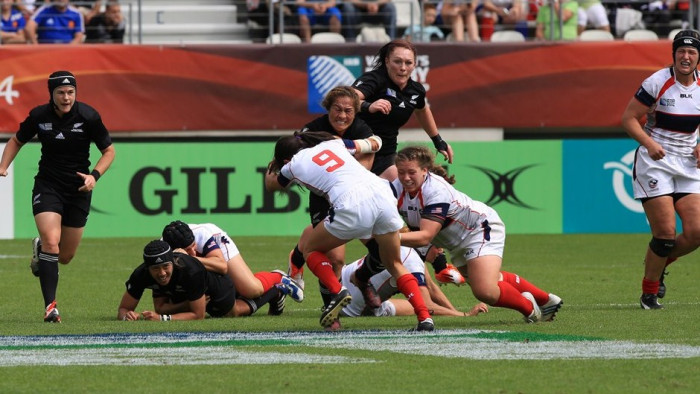 “If they don’t make the final there’s something wrong”

The shock of being knocked out in the pool stages at the last World Cup has long passed and New Zealand have licked their wounds and have come to Ireland in better shape, physically and mentally, than in 2014.

For so long the Black Ferns’ invincibility at the World Cup came not just because of the sheer brilliance and creativity of their players who always seemed to be able to create something out of nothing and work out a winning tactic whatever was in front of them, but also from their raw physicality from prop to fullback.

By 2014 the improvements made by top sides across the world in strength and conditioning significantly nullified the latter asset, and though New Zealand still ran hard and strong at that World Cup, they underestimated how well a side like Ireland were now equipped to deal with their power game.

New Zealand were bigger but Ireland were technically better.

In the cruel format of a 12-team tournament, New Zealand learned a valuable lesson and they are too savvy a rugby nation not to heed it this time around.

Coach Glenn Moore has named a strong squad who have been together for much of the past three years, building up to this event through 11 tests and an overseas tour.

Long time captain, Fiao'o Fa'amauusili, who debuted  all the way back in 2002,  will be playing in her fifth and last World Cup. Linda Itunu and Aroha Savage add valuable experience to a pack that hopes to perform better than three years ago, where scrum trouble played a big part in their pool game loss.

The absence through injury of lock Rawinia Everitt robs them of much experience but there is some exciting pack talent emerging with Aldora Itunu and 7s star Sarah Goss included.

In the backs the outstanding half-backs Kelly Brazer and Kendra Cocksdge will provide the anchors for what New Zealand hopes to become a creative and dangerous line, with Portia Woodman, Selica Winiata and Carla Hohepa three of the best finishers in the world outside them.

The World Cup format and their fifth place finish last time out, has handed the Black Ferns a challenging pool.

While they will expect rightly to dispatch Wales and Hong Kong in their opening games, their clash with Canada (the third seeds) will be the highlight of the pool stages.

That game will be treated by both sides as a quarter-final and New Zealand will be confident, having beaten Canada earlier this summer.

In that game their tactics of targeting the 10 channel paid off, with powerful runners flooding the space around Emily Belchos and with Kendra Cocksedge given free rein to expertly run the game.

If they do win the pool, it’s up front, especially at the lineout, where New Zealand will be looking to making the most progress. England totally dominated them in that aspect earlier this summer, and in the latter stages of the tournament that will be vital.

They can also lay claim to having established the starting point for the world Cup,  by hosting the first major international tournament - RugbyFest - for women which lasted two weeks in 1990 in Christchurch.

England and New Zealand are everyone’s favourites to reach the final but if anyone knows how foolish it would be to not take it one game at a time it’s this Black Ferns squad.