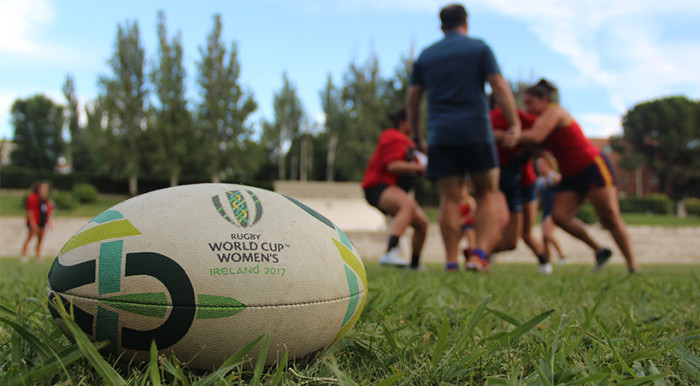 It is impossible to discuss Spain’s test rugby history without mentioning their exclusion from the Six Nations 10 years ago – impossible because the sheer injustice of that decision (by the Six Nations Committee, so as to align the women’s championship with the men’s) still burns very deep within the Spanish team, even those who are too young to remember it. It drives them forward and whenever the World Cup cycle comes round they clearly relish the opportunity to demonstrate that that decision had nothing whatsoever to do with their playing ability. They are proud that they currently rank as Europe’s fourth team, ahead of Italy and Wales, and Scotland who they beat in a two-legged World Cup qualifier last year.

Perhaps because of that exclusion Spain’s rich test rugby heritage is not always appreciated. The 10th women’s team to take the field back in 1989, they can boast three European fifteens Championships (beating France in the final twice), plus two more when the Championship doubled as a World Cup qualifier, and have also finished runners-up five times. For around decade from the mid-1990s they were probably the third strongest team in Europe behind France and England.

Spain have only ever missed two World Cups. In 1994 they were one of the teams forced to withdraw from the World Cup in Scotland by their Union, following the IRB’s refusal to sanction the event, while in 2009 a sliced clearance and scrambled Swedish try at the European Championship meant they missed the 2010 tournament.

As for the world cups they have attended, Spain have always won at least one pool game but have then tended to come up against either England or New Zealand in crucial games. Despite this in 1991 they reached the plate final, losing to Canada, and in 1998 they beat France in a 7th place game after losing to New Zealand in the quarter-finals. In 2002 they hosted the competition in Barcelona and finished 8th after a loss to England pushed them into the plate, and in 2006 they won three of their five games on the way to a 9th place. Finally in 2014 they looked like they would make the 5th/8th place playoffs until two late tries by Wales against South Africa just pushed them into 9th/12th place series.

Coming into this tournament Spain have – on paper – the third best test record since 2014 (behind just Japan and New Zealand), a fact that may seem even more impressive when the fact that their sevens players were absent from most of these games. However, most of these games were against either non-Six Nations European opponents, or Hong Kong.

A better guide to their strength would be their two narrow wins over Scotland at the end of last year (10-5 and 15-10), plus their narrow “training” match loss to Wales (26-21) and 15-7 win over England A this month. They were results that pretty much confirmed Spain’s ranking demonstrating their impressive defence and how dangerous their sevens stars can be.

A win over England would probably be too much to hope for, but Spain should be highly competitive in their other fixtures and can be expected to improve on their ranking in France in 2014, with their final pool game against Italy having particular meaning.

Coach José Antonio Barrio (aka “Yunque” or “anvil”) announced his squad at a well-attended press conference last week. It is a squad that is one of the oldest (second only to Ireland), and also one of the smallest and lightest in the tournament (only Japan and Hong Kong are physically smaller than Spain). For what could be a crucial second game with the United States they will find themselves nearly 8kg per player lighter and 3cm per player shorter than their opponents, so their main weapon will have to be the speed and experience of their sevens players. Aroa Gonzalez will captain the team with Isabel Rico vice-captain

Appreances in the past year: