We look ahead to the second round of games in the women's Six Nations. We'll post all the team news here as and when we get it. 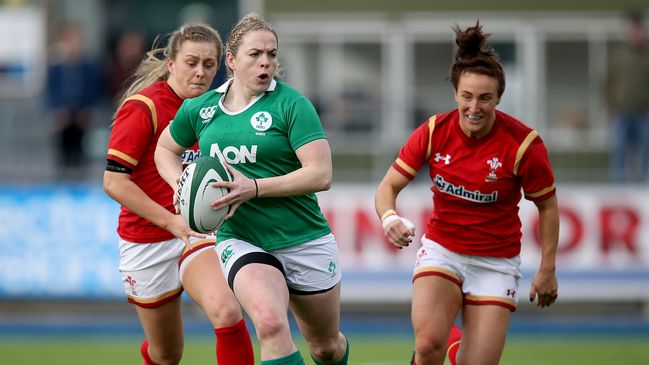 Italy's three game winning run ended with their defeat to France at Bourg-en-Bresse last Saturday, they have however won their last two home games in the Six Nations and have never before won three in a row at home in the competition. Despite their growing confidence as a force in this Championship - they finished ahead of England in the table last year - it would be a big surprise if they were to change the record of the latter stat, as they have always struggled against the English.

France never allowed the Italians into the game last weekend and Italian coach Andrea Di Giandomenico makes only three changes from the team failed to score in Bourg. Forwards Lucia Cammarano and Elisa Pillotti come into the team, with the experienced Maria Grazia Cioffi at outside centre."With France we have suffered a lot and so in terms of performance we need to improve. We'll have to be more aggressive in defense and better managed with the ball in hand. England is a very physical team, with a powerful pack and three fast-quarters. We must put in place a high-quality performance to take them on and impose our game on them."

Former England coach Gary Street once said that despite all of Italy's obvious progress, they never quite "turned up" against England and he was right. The two teams have met on 15 previous occasions with England winning every one, Italy scoring no more than 13 points in a game and the closest result being 25-9 in the Women’s World Cup at Llanharan in 1991. A chastening defeat away in France last week will have been difficult for Italy to swallow, but they will surely be improved on home soil, and they'll be seeking a much tighter game this time around.

England have their own incentives, after a comfortable if not spectacular win in Scotland. They have not won successive matches in the tournament since 2014 and  Scott Bemand has not made any change to this starting team so his side will have the benefit of consistency again this weekend. Bristol's uncapped 18-year-old Poppy Leitch could make her international debut from the bench. In another change to the replacements, Lydia Thompson comes in, with Lucy Demaine and Courtney Gill missing out.

Ireland have now won their last four matches in the  Six Nations since tripping up at home to France in round 2 last year, but history suggests France are  favourites this weekend. The two sides have met on 23 previous occasions with Ireland’s only two victories both being at home at Ashbourne in the Six Nations in 2009 and 2013. France attracted a huge crowd to their home game last weekend, and given they have only every played one test match in Perpignan - against Spain in 2004 - expect Ireland to be contending vocal and large home support this weekend.

France were in outstanding form last weekend, with the French pack especially dominant and Ireland will have to be at their best to defend against their well organised driving maul in particular. Forlani, Rayssac, Gaelle Mignot and  Safi N’Diaye were all impressive and it's likely that it's up front this game will be won or lost. Ireland for their part had a good showing up front against Wales. Their ferocious rucking and quick clear-out play meant front foot ball for some of the big carriers, forcing Italy to concede defensive penalties, and their set piece was pretty stable throughout. France will be without Coumba Diallo, who had perhaps her best game ever in French colours before twisting her ankle near the end. Although coach Gonzalez is disappointed to be without her in the back row this weekend, her replacement Letitia Grand is hugely experienced. France have been concentrating on defensive drills this week, he told reporters on Thursday, but will be looking to move the ball wide and stretch the Irish defence.

For Ireland there was some excitement in the backs too last weekend with Sene Naoupu and Nikki Caughey combining well so while not being totally accurate last weekend, the Irish will travel in confidence. They've made just one change to their team with Cliodhna Moloney starting at hooker.

In recent years this fixture has invariably turned out to be the game of the championship, and this year again it has all of the hallmarks of being a classic.

WALES v SCOTLAND
Sunday, 14 February
The Gnoll, 14.00. No stream or TV coverage has been announced.

Wales want to get back on winning form having lost their last four matches since beating Scotland 39-3 in Cumbernauld in round 2 last year.  Scotland's losing run is well documented - they haven't had a test victory since beating Netherlands in a friendly in Amsterdam in 2011 but they will have taken heart from a showing against England, which will difficult, showed progress on last season and with players like Jade Konkel tackling everything that moves, then Shade Munro's side will surely have marked Wales up as a game from which they might be able to get something. Wales will be bitterly disappointed with their result in Ireland, in a game where they played well in patches but were undone by a clinical Irish showing and their own ill-discipline which led to a yellow card and a raft of penalties.

They have the basics pretty sound though, with their set piece going well, and they will be favourites to win this weekend despite injuried ruling out Captain Rachel Taylor and centre Kerin Lake. Hooker Carys Phillips will take over the captaincy. Alisha Butchers and Siwan Lillicrap, who both made their debuts from the bench last weekend, have been included in the starting XV at flanker and second row respectively and Sioned Harries has been switched from lock to Number 8 while Sian Williams swaps sides on the scrum and moves to blindside flanker. Other moves see Robyn Wilkins move from fly half to inside centre with Hannah Jones switching to outside centre with experienced Elinor Snowsill coming in at fly half. The other changes see Dyddgu Hywel starting at full back with Adi Taviner switching to wing.

Scotland Coach Shade Munro has made two changes - wing Lauren Harris moves from the bench and is partnered on the left wing by Rhona Lloyd, who was one of three to make their full debut against England and scored three tries in the friendly against Spain last November. Despite failing to score, Scotland's performance last weekend was one of their best for some time and, while Wales remain favourites, Scotland will be looking to put some points in the board.