There were wins for Blackrock, St Mary's, UL-Bohemians and Galwegians in round three of Ireland's first division at the weekend. 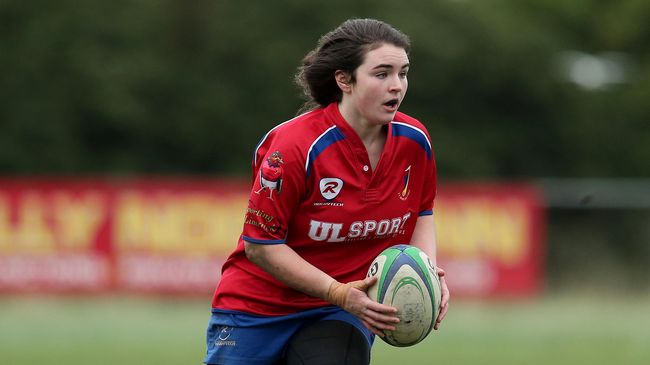 STRONG in the first half, resilient in the second UL Bohemians maintained their perfect start to the season while ruining that of their rivals.Defending champions Old Belvedere made the trip to Limerick in fine scoring form, with a brace of four try hauls behind them, writes Aisling Crowe

However UL Bohs used every tactic they had in their playbook to keep their Dublin rivals from getting into their scoring stride.

Gillian Burke put the home team in front with a try, converted by Niamh Briggs, after 11 minutes had elapsed and the Irish international full-back extended her side’s lead with a couple of penalties before Deirbhile Nic aBhaird pounced on the stroke of half-time for a try that gave UL Bohs a strong lead.

Old Belvedere showed their champions’ mettle in the second half, threatening the try line with intricate team play and Kathryn Dane struck back for the Dubliners. Marie Louise O’Reilly slotted over the conversion to reduce the deficit to 18-7 before Nic aBhaird scored her second of the game for UL Bohs.

Sophie Spence got another try for Old Belvedere but despite their best efforts, the home team kept repelling their attacks on the try line.

Another of Ireland’s stars made a welcome return to the pitch after injury, Kilcullen woman Jenny Murphy coming on in the second half for Old Belvedere and making an impact with crashing tackles. She was aided in this by rising star Linda Djougang making her first start for the team.

Victory wasn’t enough for UL Bohemians to take over at the top of the league going into the break. Victory for Galwegians away to Railway Union in the late kick-off ensured that the westerners claimed top spot and adds spice to their next game, at home to UL Bohemians on 8 October.

A stirring second half comeback brought Galwegians their third successive win of the season but they were made to fight hard for the victory by a Railway Union side forced to contend with a number of injuries in the second half.

The home team dominated the opening half and claimed their first, and what turned out to be, their only try of the game. Canadian international Emma Taylor using all of her nous gained at the game’s highest level to breach the Galwegians’ defence. Nikki Caughey added a penalty to give them and 8-7 lead at half-time.

Galwegians’ half-back pairing of Mary Healy and Nicole Fowley have attracted the attention of Ireland’s management team with their performances this season, and it was no surprise that they were behind the westerners’ rejuvenation in the second half.

Healy had scored a try in the first half, converted by Fowley, and the pair exerted their domination on the game in the second half with Fowley adding two tries of her own along with Emma Cleary crossing the line to secure the try bonus point. Fowley converted three out of the four tries against a Railway Union side decimated with injuries in the second half.

St Mary’s consigned Highfield to their third defeat of the season but crucially for the home team, it was their first success of the new term and it was powered by a sensational hat-trick of tries from Ireland star Paula Fitzpatrick.

The back row forward and sports scientist led the charge for St Mary’s in tough and windy conditions which led to an enthralling, end-to-end game as both teams tried to use the wind to their advantage in a tactical kicking game.

St Mary’s captain Carol Staunton and another of their Ireland contingent, Orla Fitzsimons, added two more tries to Fitzpatrick’s haul. Highfield made St Mary’s sweat with a couple of tries of their own but the home team, who gave former Highfield player Ciara Scanlon, her first cap on the wing had enough in reserve to half their run of defeats.

Blackrock also moved up the table ahead of the fortnight break, travelling up to Belfast and defeating Cook at Shaws Bridge by 27 points to 12. It was a much improved performance by the Dublin team who had managed to score just five points in their first two games combined.

Victory also elevated them above Cooke in the League table, moving Blackrock up to fourth and dropping Cooke to fifth position.