​The Blues and Chiefs made history at the weekend, in a first ever Super Rugby fixture for women in New Zealand. The Chiefs were too strong winning 39-12 but Black Fern Chelsea Alley took to social media afterwards to lay bare the challenges facing the players at this level. 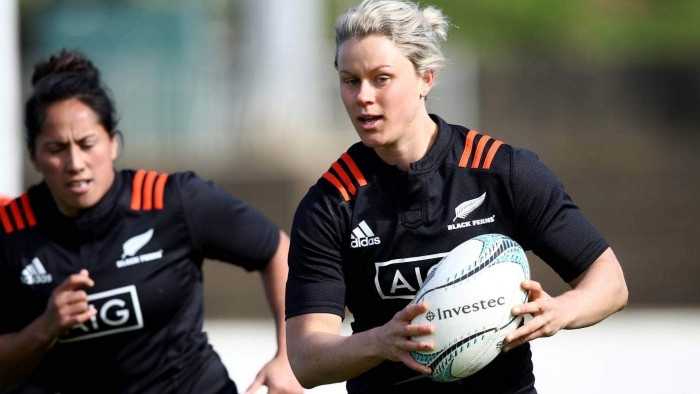 In a powerful post on Instagram, Alley, who has been capped 28 times, set out the huge challenges facing players who are expected to train harder and play more, with minimal recompense.

Alley says she is working three jobs and juggling playing for three teams to support her playing ambitions.

Her post is fully set out below and will likely generate debate about what is being asked of the world’s best 15s players. New Zealand will host next year’s World Cup, and contract a number of Black Ferns on semi-professional deals, though in reality the sums are not enough for players to do anything other than juggle part and fulltime jobs with training.

"Last week was a massive win for some us as Womens Rugby Players. A historic occasion. One that past & present players have been working towards for many years.

However, the reality of the way we live, train & survive has hit me more than usual this week.

Over the last 10 years I’ve been a club, FPC, NZ and now a Super Rugby representative. I’ve become accustomed to this feeling. It’s a glimmer of what we train so hard for - to play on a big stage, in a massive game and represent yourself, your family, friends and community. There’s media exposure, interviews, hype, support, crowds, fans & celebrations - all of that stuff in the week leading up. It feels amazing to be doing this with your teammates.

Then from Monday morning that all starts to fade. Reality hits again. Here it is. It’s setting early alarms and getting up at 5.30am to get your training in before you go to work for the day (still sore from the weekend), finding time to prepare meals because you know you’ll also be getting home well past dark 4+ nights a week from your various evening team trainings, rushing to a physio appointment in your lunch break, squeezing in time to see your partner and family in short bursts where you can so you try not to burn out mentally and add a little bit of balance to your crazy life.

For me personally this week - it’s working THREE jobs because I have bills to pay. It’s playing in THREE different teams in a week and being expected to switch on and perform well in all of them. I need to lead by example in Club, FPC & Super Rugby - all of these teams we don’t get paid anything AT ALL to play for. We get minimum resources. That’s normal. We train hard morning & night because we know there is massive pressure & expectation for us to be the best. To be fitter, faster and stronger than any other player in the country and in the world. We do it because we love the game. But I’m wondering at what point does the level we’ve got to become personally unsustainable with the resources we’re given?

Women’s rugby has definitely come a long long way. I am proud to play a small role in its growth over the year.
But behind the scenes - I believe there is still a heck of a long way to go.

I fully understand that I’ve been lucky enough to be chosen to be a semi-professional women’s rugby player, something trailblazers before me worked so hard for! For us to reap some of these rewards and for these mana wāhine I am honestly forever thankful! But I am starting to feel the weight of this crazy, blessed, hectic, HARD yet rewarding life a decade later.

This is not a complaint. This is just reality. This is why I will keep fighting for us so that future FPC, Super Rugby and Black Ferns stars have an actual sustainable career. We can’t settle because if the amazing ladies before us settled we wouldn’t be where we are today. I am grateful. But in all honesty - I’m also tired of being told to ‘just be grateful’. When do we get to stand up and say that we deserve more without being made to feel like we’re demanding and unappreciative?”