The Belgian women's XV team played its first internatuional match today for more than two years. Traveling to Amsterdam , the Belgian Lionesses bowed against the Netherlands with their heads held high. And come home with more benchmarks. 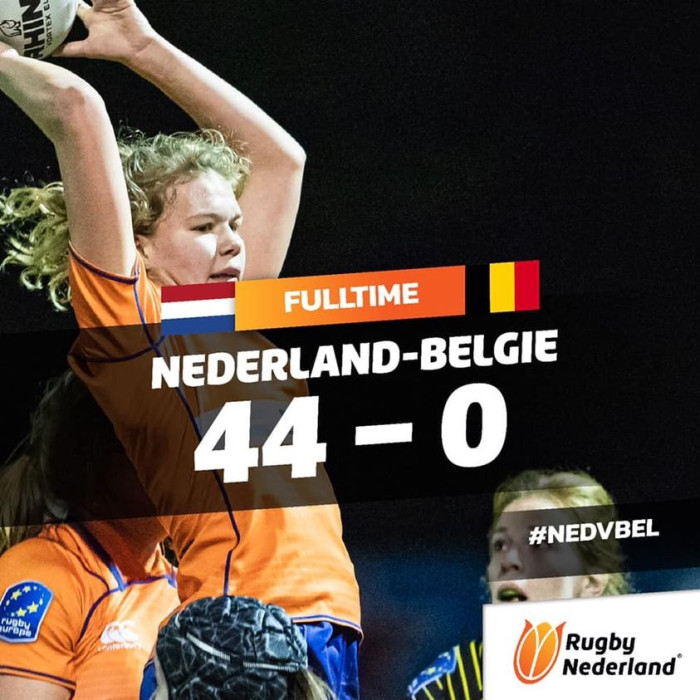 Relaunched by Belgium Rugby, the Belgian national team has resumed service with a trip to Amsterdam. Coaches Renaud Labardant, Cathy De Geyter and Sophie Clément had taken over a team made up of experienced players but also young women with a promising future.

At home, the Netherlands dominated the first half, scoring five tries to lead 27-0 at the break. Despite a big difference at the athletic level, the Belgians did not give up after the break.

The Lionesses thus delivered a better second half with better defence and some good counter-attacks which were however not successful. They conceded three tries and lost 44-0. A score that does not really reflect the mentality and the potential displayed by the Belgian fifteen.

"It was a good benchmark match. We now have a benchmark," explained Hélène Simon after the match. "There is a lot of news and therefore a lot of promises. We will now be able to work on the basis of something to face Portugal in a month".

The Belgian women's team will indeed prepare for its return to competition. She will travel to Portugal on December 4 as part of the European Trophy.