There are three certainties in life – death, taxes… and Brazil winning the South American 7s. 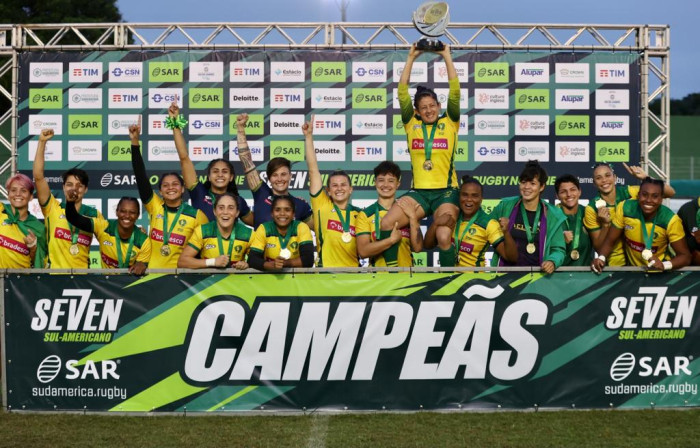 After a slight bump in the road last year, when they conceded more tries in the tournament than ever before (five), this year it was back to normal as the Yarras only let through one score, in their first match against Guatemala.

The tournament was played in the town of Sacuarema, allowing Brazil to play at home for the first time since 2016, and they made the most of it with an imperious performance the outcome of which was never seriously in doubt.

However, elsewhere in the tournament there was a shuffling of cards.

As well as scoring against Brazil, Guatemala beat Uruguay 22-15 to became the first central American team to beat South American opposition since 2017, when Sudamerica Rugby were forced to draft in the leading central American team to fill the gap created by the loss of Venezuela. Uruguay reversed the result in the 7th place playoff, but history had been made.

In addition, Chile had a great tournament. The pushed Argentina all the way in their opening game, and then drew with Colombia in their second. If Argentina had beaten Colombia in the final round of games, Chile would have had a chance to play for a semi-final spot. But Colombia reversed a 0-7 halftime deficit to win 12-7, dashing Chile’s hopes. Even so they regrouped to finish 5th overall.

Apart from the slip-up against Chile, Colombia confirmed their status as the continent’s second rugby sevens nation with wins against rivals Argentina on both days, 12-7 on Friday and 7-0 on Saturday.

But when it came to the title there was only one team in it. As usual.

Also, in parallel with the sevens tournament, Brazil also played the finals of their first ever regional XVs, at both adult and U21 level, as part of their efforts to close the gap with Colombia in the longer form of the game. Centro-Oeste won. the title by 41-3 against SP Vale