Brown: We can and must improve 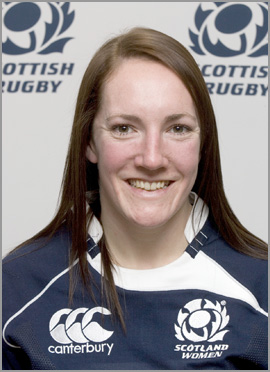 Talented Scotland backrow Susie Brown tells Kate Clements about the disappointment among the squad after their loss to South Africa last weekend and how they plan to put it right in the second test.

Brown, a highly regarded player who plays her club rugby in west London with Richmond, is modest about her own performances and even her chances of making the Scotland World Cup squad which head coach Gary Parker will name next week.

Prone to being overly critical of her own game, she likewise avoids making excuses when discussing Scotlands 8-27 defeat to South Africa on Saturday 5th June.

We havent played together for two and a half months and it was noticeable. We are very disappointed with how we played. South Africa have arrived off the back of a really successful test series against Kazakhstan and we were caught short, particularly by their physicality up front.

The whole squad was hugely disappointed. I dont want to take anything away from South Africa as they are a powerful and skilful side, but our squad didnt play to the best of their abilities.

Speaking of her own performance Susie is similarly dissatisfied. I didnt play to my capabilities. I didnt do as well as I have done in previous games.

She is however sure about the benefit of the two games.

I have to give credit to the management and the SRU for organising these tests. It is great that we have the opportunity to play competitive games at this time of year and to play back to back matches against the same opposition within a week. It is perfect preparation for the World Cup and will give us a good idea of where Scotland are.

With just a week between the two games, the team wasted no time in channelling their disappointment. Immediately after the post-match function on Saturday the Scotland girls had a match analysis meeting followed by a physical training session Sunday morning.

So, will we see a difference in the next test?

Yes says Susie adamantly. Both as individuals and as a squad, we are keen to improve on the performance, to step up physically in the contact area and to take the opportunities when they are there. We didnt do that last week.

Following this test a travelling squad of 26 will be selected to represent Scotland at the Womens Rugby World Cup. Brown and her teammates will be playing for far more than a test win at the weekend and then its just a short wait to discover whether theyve done enough to be included.

For the Scotland team for the weekend see here.

For a blog from this weekend's captain Lucy Millard see here