After their first victory earlier in the week, the Indomitable Lionesses of Cameroon have won the second, played at the Stadium Aout 4 in Ouagadougou, against the Ladies Stallions of Burkina Faso by 35-3. 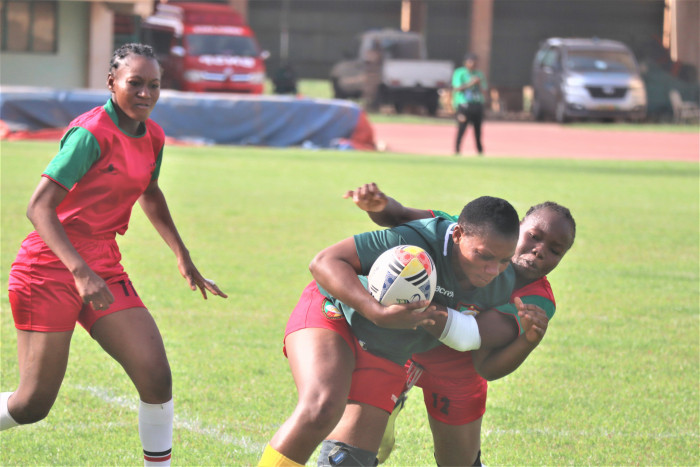 They offered stronger opposition to their opponents that they did during the first test match, but nonetheless Burkina Faso were still well beaten by Cameroon, a result similar to their 37-0 loss in the first test.

However, although did manage to cross the line, a penalty gave them the three points in the 44th minute – their first ever test points.

Both teams inexperience shows as in a match with more than its fair share of errors. Both received yellow cards - Cameroonian inside centre Mimosette Mouto, and Burkina Faso’s prop Bonkoungou Janine and replacement Adjaratou Yanogo.

Burkina Faso’s captain, Yvette Sawadogo, admitted that with her teammates they played differently in this second match. The difference, she said, was in controlling their fear of the physically imposing Cameroonian team.

There was also more support from Burkinabè fans in the stands, and this was undoubtedly helped Burkina Faso. Fans wearing replica black shirts helped to heat up the stadium with their voval support.

Cameroonian coach Jacques NGomsu Tchon Lahui said his team faced difficulties because “they were different opponents from the first encounter” and vice-captain Priso Rosine Maxime Ndingo said that her team did not fully follow the coach’s instructions.