Brazil hosted their first official test match in Mogi das Cruzes today but it was Colombia who went away with a 25-17 win. 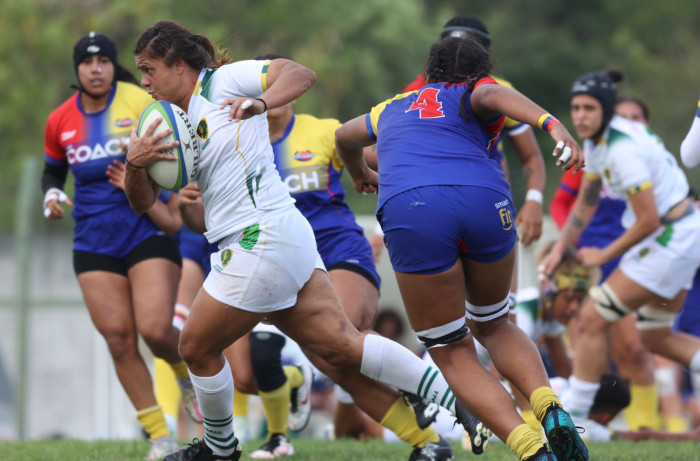 The Nogueirão Stadium, in Mogi das Cruzes, was the stage for the first home game in the history of the Brazilian Women's Rugby – the Yaras,

The friendly against Colombia was intense and ended with the Colombian victory by 25 to 17, but with the right to a lot of fight for the Brazilians. The duel served as a preparation for next year's challenge, when the two teams will again duel for a spot in WXV, the new women's rugby world league, which will have its inaugural edition in 2023.

The “Yaras” scored the first try with some good play, which had Mariana Mendes scoring. Colombia, however, reacted quickly, having more possession and territory. The “Tucanes” first try came with Martinez on the wing.

Brazil almost replied immediately when Bruna Lotufo broke through the Colombian defensive line. The ball played ended with Paula kicking into in-goal, but the kick just went dead before it could be touched down. Colombia responded, choosing a scrum after a penalty and working the ball wide for centre Daniela Alzate to score. 10 to 5 at halftime.

The second half started perfect for the Yaras, with a try from Yasmim, after an interception. However, Colombia returned with a third try from Arzuaga.

The game remained open and Pagan broke for the a third Brazilian score before Colombia replied with two tries in a row, from Baguy and Alzate, both creating space. The Tucanes missed a penalty in front of the posts near the end, but the game ended 25-17 for the visitors.

“It was a very tough and intense game. We're a little sorry that we are moving to sevens now, but we've shown that we have a lot of potential. We are very grateful to the fans who supported us from beginning to end” commented Íris Coluna, captain of Yaras.