Rugby Europe’s international sevens season begins this weekend with the first leg of the European Trophy – the second tier of Europe’s three-tiers. 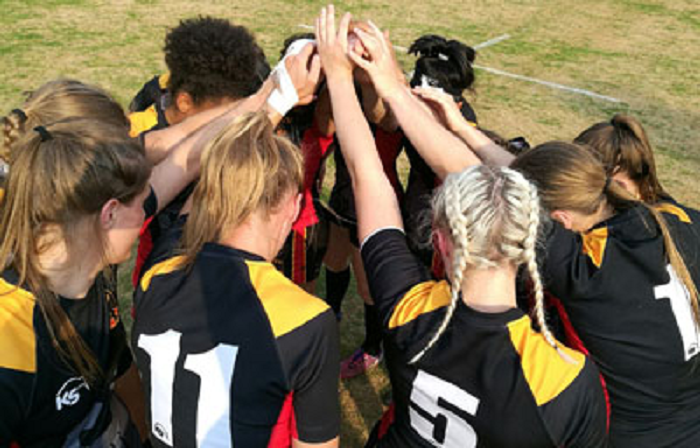 The European Trophy is the most volatile of the three tiers. With two teams promoted each year to the Grand Prix, and two relegated to the Conference, a lot is a stake.

The top four seeds – Finland, Ukraine, Scotland and Germany – would seem, on paper at least, to be a significant level above the rest of teams in the Trophy. Promotion will be a contest between these four. All matches will be live on Rugby Europe TV,

Finland: Between 2013 and 2015 Finland went on a remarkable journey from the bottom to the top tier of European rugby, earning them a place in the 2016 Grand Prix and a place in the European Olympic Qualifiers. Although they were relegated, the experience of playing at the top level will have strengthened the team considerably – a fact that was already noticeable last season when they beat Portugal in the Grand Prix second leg.

Last month, Finland warmed up at the Centrale 7s where a tough pool draw featuring the two eventual finalists – France’s Development team and Windmills (Netherlands squad) – meant they missed out on the semi-finals, eventually finishing seventh with wins over Tunisia and Georgia.

Due to their 11th place in the Grand Prix last year Finland start the series as number one seeds and be one of the four teams most likely to be competing for promotion, helped by a seeding that should at the very least give them a semi-final spot in the first leg.

"We are really excited to be competing against such strong competition this year, said team manager Giles Cooper. "There has been a number of changes within our team, both with many new players and management, so we are looking forward to seeing where we stand. We bring a lot Finnish sisu in the team this year, which means perseverance and determination, this is certainly one of our greatest strengths."

Hungary finished sixth overall in the Trophy last year, a seventh place in the first leg being balanced with a fifth at home in the second, with Romania and Switzerland being their closest rivals. This year they have already taken part in the Stanislas Sevens in Nancy where they finished eighth overall, with wins over Georgia and Tunisia on the opening day before losing to Grand Prix team Sweden in the quarter-finals. A repeat of last year’s performance seems the most likely outcome though breaking out into the top four would be tough.

Switzerland continue to put a considerable effort into developing the women’s game, which this year has already included a first-ever Rugby Development Camp which welcomed over 120 girls and women in March. Their development programme is seeing the formation of new clubs and will expand further with the formation of a development tournament below the existing Women’s National League from September.

Last year they beat Hungary in the first leg last year, and lost to them in the second to finish seventh overall, so their opening match with the Hungarians will be a crucial fixture. Preparations this year have included four training camps between February and May – the first of which involved a weekend in Bordeaux – leading up to the Amsterdam Sevens at the end of May where they won two of their six games, including a defeat to their perennial rivals, the Czech Republic, who they could again meet in the second day here.

Malta were promoted from the Conference last year as runners-up after a memorable weekend that saw them sweep to the final with wins over Croatia, Austria, Andorra, Luxembourg and Slovakia before losing to Latvia in the final. Having battled back into the second tier, their main priority will be to consolidate their place. It will not be easy, but they have an experienced team and with the Sultana sisters (Beverie and Tessabelle) leading the way they have a good chance.

Ukraine, winners of the Trophy in 2015, won only one match over two rounds of the Grand Prix in 2016 – a signal, if any were needed, of the gulf between the two levels. Their second seeding derives from that 12th place.

Despite that disappointment, the potential of the Ukrainian team this year was shown at the Centrale Sevens last month where they finished fourth, with they exceeded expectations with some impressive results include a 24-12 win over Grand Prix team Portugal, a 12-7 victory over strong South African team Tuks, and only a narrow 5-10 loss to Belgium in the third place play-off.

Ukraine will be in the mix for promotion.

Romania were fifth overall last year – an impressive result for a country with a player base of only three senior teams. “I had eight junior and eight senior roster for my first training camp”, said coach Dan Tufaru. “Some of the girls we rely on were injured, others had examinations, but the coaching team think we have been able to build a nice nucleus. Our realistic goal for the European Championship is a 5th-8th classification again, although I want to get closer to the podium this time.”

Last season saw them beat the Czech Republic – their main rivals in this pool for a quarter-final spot – twice, and should be well placed to repeat that.

Czech Republic teams at this year’s Amsterdam Sevens had a good opening day, with RK Petrovice and the national squad finishing first and second on pool 5, and only losing out to Poland – who were promoted to the Grand Prix last year on Day 2, where the Czech Republic finished 8th overall despite missing out on the quarter-finals in the second leg. They will be playing at home in this first leg, which may be a small advantage, and they will be confident of reaching the last eight this weekend.

Latvia were winners of the Conference last season, giving them promotion to the Trophy and an 11th seeding. Staying up will be a major challenge, with no recent international experience and just five domestic teams the pool of players is small - though all of their squad come into the tournament straight from their national championship.

Scotland reached the final of the first leg of the Trophy last season, but a weakened team in the second leg were unable to repeat that performance, losing a crucial third-place game to Germany that saw them slip to third overall, pipped for a place in the Grand Prix by Poland.

The result raised suspicion in some quarters about how serious the SRU were about their women’s sevens programme. However, even if that was the case a year ago, there has been a noticeable change over the past year culminating with the appointment of Scott Wright as national coach  in April.

The failure to press effectively for promotion last season has proved expensive for the Scots as they miss out on a chance of qualifying for the Commonwealth Games or the Sevens World Cup this season – significant as obviously they could play as Scotland in these competitions, but obviously cannot do so in the Olympics. The aim will therefore be to win promotion and then cement a position in the top tier, following on from the examples established by both Ireland and Wales.

Wight has been impressed with his new charges: “The commitment from the players has been top notch. This is a really competitive group so for me to select 12 it’s been quite tough, but that’s what you want as a coach. We’ve set high standards in the group and our aim is to finish in the top two overall and gain promotion to the Grand Prix. Our regular training sessions at Oriam over the past two months have been beneficial and we made real progress at our week-long camp ahead of a warm-up tournament in London last weekend, where we made it to the final. The squad is really buzzing for Ostrava and I’m looking forward to seeing what they can do.”

Although seeded four this full-strength Scotland team will be hard to beat. The performance of an unofficial Scots team in Valencia last weekend, where they won the tournament by beating Belgium in the final, shows that they could easily repeat their success from three years ago when they last won promotion. With no distractions from the fifteens World Cup the Scots must start as favourites to win the series.

Germany's campaign in 2016 largely fell at the hands of Poland - who they lost to three times. With this nemesis out of the way, the chances of Germany returning to the top level appear very promising. Coach Melvine Smith is confident, despite the absence of some key players:

"Yes, we will be missing players like Alysha Stone, who is our top try scorer and last season the team captain, and Johanna Hacker, but I am very happy with the team that we will have in Ostrava”, Smith said. "We have developed our game system in the last two years so that all the players know what is expected.

The team recently played a series of warm-up games against China in Bonn. Despite three close defeats (21-26, 7-25 and 12-17) the team had learnt a lot. "We have seen exactly what we need to work on for Ostrava," said Smith. "And above all we were able to put them up against a strong team – China won Amsterdam Sevens. This close results show that we are not so far away from that level. Overall, I am quite satisfied.

"I am convinced we have a good chance if we can follow call our gameplan," said Smith. "I've seen Finland, Ukraine and Scotland play, and I think we do not have any concerns. I have also studied Israel and Scotland on video. We have a very good idea how to play and how we can counteract it. Moldova, on the other hand, are an unknown.

Israel: After a 10th place in the first leg last year, a dramatic win over Moldova on the opening day in the second leg was good enough to win Israel a place in the last eight – and also win enough tournament points to avoid dropping back down to the Conference.

This year the same coach and manager have called up a significantly changed squad with five new players in the squad. How the new faces integrate with the old will be key to whether Israel can stay up again – or even improve on 2016.

Israel is increasingly being seen as a useful winter training location, to the benefit of the national team. Poland and Tabusoro Angels have joined them for training camps in recent months, which has been a significant benefit for the preparations.

Moldova, as the German coach suggests, are something of a mystery team of the tournament with no form since last year to go on. In 2016 they finished just one place above the drop last time around, thanks to just three wins over the two weekends – two over Norway (now relegated) and one against Israel. This year the hopes for survival will probably come down to how they do against Latvia and Malta, but the Moldovans have been ranked much higher than this in the past and could cause upsets if they can find the form of previous years.