Round five of the Dr Farah Palmer Cup, and the identity of the semi-finalists is becoming clearer. 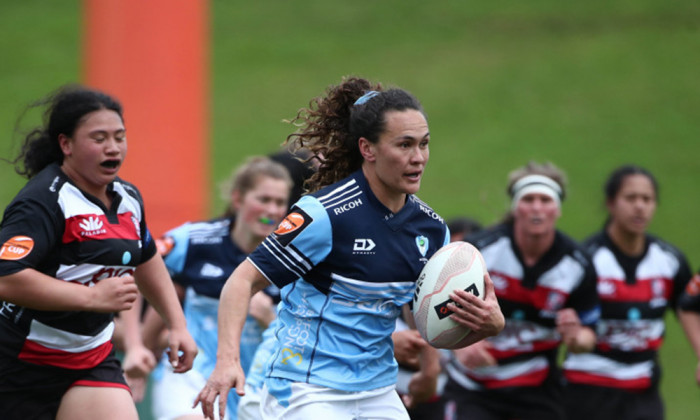 In the North Pool, Waikato and Auckland have created opened up a gap on the rest, Auckland lead on 21 points but Waikato look favourites to top the pool, with a game in hand, they are on 18 points with the only 100% record.

It’s not quite all over for the rest of the division, however, as Auckland’s fragility was shown up after they nearly blew a 12-0 half-time lead at home to Bay of Plenty, the visitors just falling short as Auckland hung on to win 22-19.

With Auckland not playing next week, and up against Waikato in the final weekend, Bay of Plenty (11pts), Northland (11 pts) and Counties Manukau (12 pts) all have a more then purely mathematical chance to overhaul them.

Counties Manukau this weekend travelled to Waikato and suffered their second loss in two weekends. They put in a creditable performance but Waikato are on roll, claiming a 34-28 win. A bonus point win against bottom club North Harbour next week will guarantee their Waikato’s semi-final berth.

Northland kept their hopes alive with a big 65-5 win against North Harbour (highlights), easing up after an unanswered 43 point first half performance, however even that win was not enough to narrow their big points difference deficit compared to their rivals.

Canterbury continue to run away with the South pool, beating closest rivals Wellington by a massive 54-12 in Christchurch (highlights). With just one match to go in the South the win the puts Canterbury into semi-finals.

Wellington could still join them despite that loss, but they have slipped third, three points behind Manuwatu who moved into second place on 15 points after their 28-14 win over Otago. The home side kept Manawatu to 0-7 in the first half, and it remained within the seven-point almost to the end of the game, Manawatu scoring in injury time to deny Otago a bonus point.

However, Wellington semi-final hopes rest on Manuwatu slipping up against Hawke’s Bay which seems unlikely as “Tui” only recorded their first championship points this weekend when they beat the luckless Tasman 62-5.

As a result the semi-finals will be played in the last weekend of October, and the match-up look like being Waikato v Manuwatu, and Canterbury v Auckland or Counties Manukau (or possibly Northland).