While all eyes have been on the Tokyo Olympics, New Zealand’s inter-provincial championship – the Dr Farah Palmer Cup – has continued. 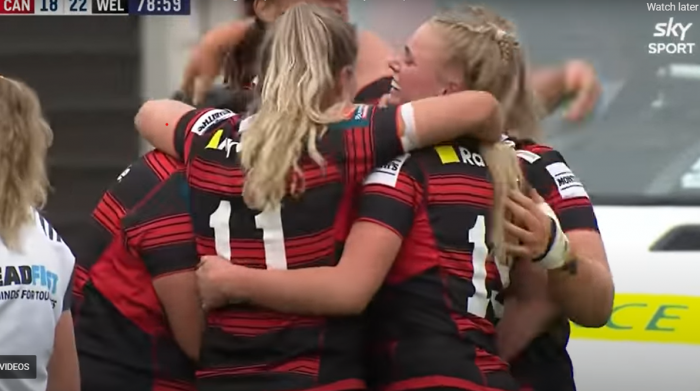 Defending champions Canterbury lead with four wins from four, including a vital Week 2 24-17 win over last year’s runners-up Waikato. The match that also saw Kendra Cocksedge become the first New Zealand woman to pass 1000 points in top level rugby, her two tries, three conversions and a penalty was the difference between the teams, Waikato struggling with their kicks as they lost despite matching Canterbury three tries each.

The following week Canterbury were pushed all the way again, finding themselves 22-18 down to Wellington with just two minutes to go and the JJ Stewart Challenge Cup very much in the balance. But two yellow cards in the final ten minutes meant that Wellington could not hold on, and a Amy Rule try right at the end gave the Canterbury a 23-22 win.

With Canterbury comfortably beating Auckland 32-7 away last weekend, having disposed of Counties in the first week, the Champions have now beaten all of their main rivals and appear certain to make the play-offs

Elsewhere there is much to play for. Waikato, Auckland, Counties and Wellington are separated in just two points between second and fifth – though Counties have played one game more than the other three, including a crucial defeat to Wellington 26-25 last weekend. All of their remaining games are against each other, which should result in some tense rugby in a national championship where all of the games are now broadcast, with highlights on the All Blacks YouTube channel

In the Championship Manawatu lead the six-team league with three wins from three, including a 39-12  win at third-placed Northland in week 2. North Harbour lie second despite a surprising 45-24 loss to Hawkes Bay, also in Round 2.

The remaining games in the Championship and Premiership take place this month, with the playoff semi-finals on 3rd September.