Fiji were crowned champions in Hong Kong at the World Sevens Series Qualifiers but fellow finalists France will go home satisfied too as both sides alongside South Africa and China have all secured core spots on the series next season. 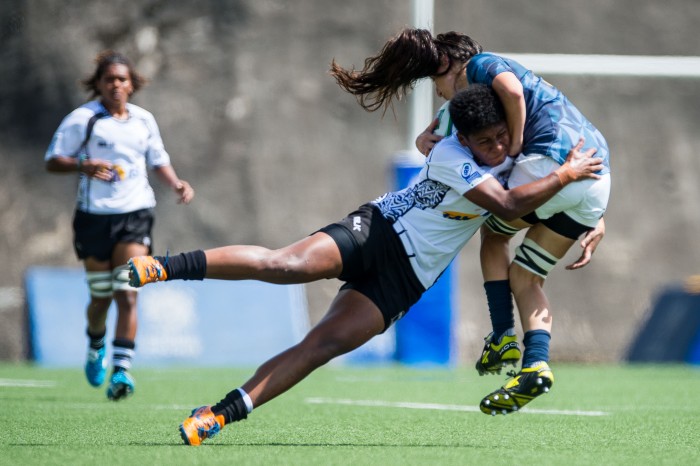 Fiji had been impressive throughout the two-day tournament, imperious on day one and having no problems dispatching of Portgual to go through to the semi-finals, but they were pushed all the way by an improving China outfit in that game, winning by just two points.

China had also secured their core status on the circuit by reaching the semis and on this form they will pose sides plenty of problems over the coming season.

France secured their spot in the final by first defeating Japan and then overcoming South Africa to meet Fiji in the final match.

South Africa's game against the Netherlands was a fascinating one with the Dutch desperate to win a place back on the series and the South Africans eager to make up for a poor summer at the World Cup. It was the South Africans who dominated and won it 22-7 to secure their spot on the circuit while the Dutch will have to be satisfied with invitiational spots this season.

South Africa lost out on a final berth by losing to France in the semis but it was job done for them overall.

Elsewhere Hong Kong, the home side, won the Bowl, defeating Argentina in the final while Japan won the Plate final after excellent wins over the Dutch and then Brazil.

In the Cup final, the game was incredibly tight but the Fijians won it 24-19 to wrap up an excellent weekend.