Some 123 former Welsh women's international players have published a letter and are gathering signatories to a petition which demands that the WRU does more for the women's game and publishes a long awaited strategy review. 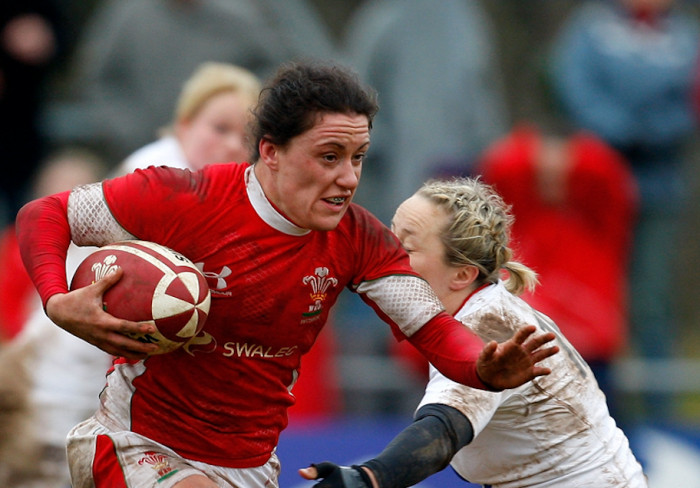 The letter says that the group "cannot stand by and watch the game deteriorate further" and includes players who represented Wales through from the late 80s to 2020.

The group, which includes former Welsh captain Mel Berry (pictured) sent the letter initially to the WRU chief executive Steve Phillips in April, following a raft of public issues around the Welsh women's programme including heavy Six Nations losses and the parting of ways with numerous coaching staff.

The country's top players have also been encouraged to leave Wales and play in the top English domestic leagues, which criticis say is decimating the club structure and pathway.

There has also been fierce criticism that the WRU has effectively dismantled several programmes that existed before they took over the running of the game including an U20s programme and various Welsh senior regional programmes.

Former Wales second-row Gemma Hallett said: "Five months ago we wrote to the WRU urging them to provide performance pathways.

"On May 10 former players met with the CEO. We were told recommendations from the review would be shared and implemented. As elite rugby deteriorates further, we demand action".

The WRU had promised a new strategy review would be published earlier this summer but with nothing out there yet, the group have published their letter which reads:

"It is our duty to leave the game in a better place and improve the legacy for the next players. This is why we cannot stand by and turn a blind eye to the deepening inequality of provision in the women's game in Wales.

"The inaction of the WRU in providing a performance pathway for women and girls continues to negatively affect the national team's performance.

"The WRU strategy affirms: 'to commit to support each player through all levels of the game and beyond, and as a consequence our players choose to stay in Wales, our teams 'win' at every level'.

"We want you to know that today this statement could not be further from the experience of representing Wales as a female rugby player. You have failed to provide a route for our female players through any elite level, our top players are encouraged to play outside of Wales, and our only women's team on an international stage is not winning."

"We cannot stand by and watch the women's game deteriorate any further, we want to work with you. This letter is an offer of support as a 'working party', bringing a variety of experience to work together and achieve the best outcomes for the future of women and girls' rugby in Wales."

You can read the full letter here and the petition which has gathered over 1,000 signatories here.

In reply, newly appointed WRU Performance Director Nigel Walker has made it clear that women’s performance rugby will be amongst his priorities when he officially takes up the role at the end of this month (September) and the search has already begun for a new women’s head coach.

From a community perspective, WRU Community Director Geraint John said, “We are hugely buoyed by the enthusiasm across the female game as we work through the Pathway to Participation and in the first few weeks of the female club season, the hard work of volunteers at all levels of the women’s community game is clearly paying off.

“We recognise there is still a long way to go following 18 months without competitive community rugby and will implement a number of initiatives this season to help restart the female game.

“For example, during the autumn, there will be female skills centres around Wales for U12s to U18s, there are senior Talent ID days and we have increased staffing to boost the female game as we restart rugby at all levels.”